SEOUL, May 26 (Yonhap) -- A South Korean woman forced into sexual slavery for Japanese troops during World War II has died, a civic group said Tuesday, bringing down the number of surviving victims to 17.

The woman, whose identity was withheld, died early Monday morning at the House of Sharing, a shelter for sexual slavery victims, euphemistically called "comfort women," in Gwangju, about 40 kilometers southeast of Seoul, according to the Korean Council for Justice and Remembrance for the Issues of Military Sexual Slavery by Japan. 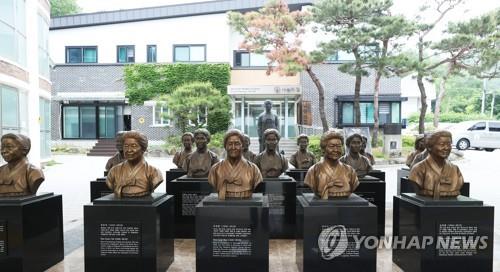 The woman's funeral will be held privately in accordance with the wishes of her and her bereaved family, the council said. Her death, the third such death this year, brought the number of registered surviving victims in South Korea to 17.

The latest death came amid allegations of donation embezzlement by the operators of the House of Sharing and the Korean council.