Amid growing concerns over the spread of COVID-19, some 450 schools and kindergartens across the country postponed their reopenings. 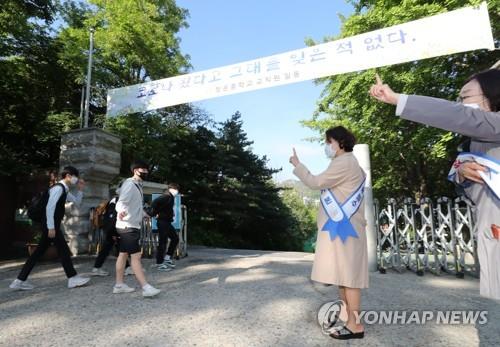 As of Tuesday at noon, 255 cases were confirmed to be related to the Itaewon cluster, and at least 36 cases are traced to e-commerce operator Coupang's logistics center.

Earlier this week, a 6-year-old kindergarten boy was infected with the virus from his teacher. In another case, a teacher at an elementary school was found to have tested positive for the virus.

A total of 450 schools and kindergartens across the country had rescheduled their reopenings to later dates and more schools are expected to follow suit. With this, the number of students who returned to school Wednesday is lower than 2.37 million.

To calm parents' anxiety, the Ministry of Education increased the number of permissible absent days so that students can stay at home without worrying about school attendance.

Also, schools have more leeway over setting up schedules to minimize classroom crowding, such as alternating school days for different classes. High school seniors go to school every day to prepare for the national university entrance exam slated for November. 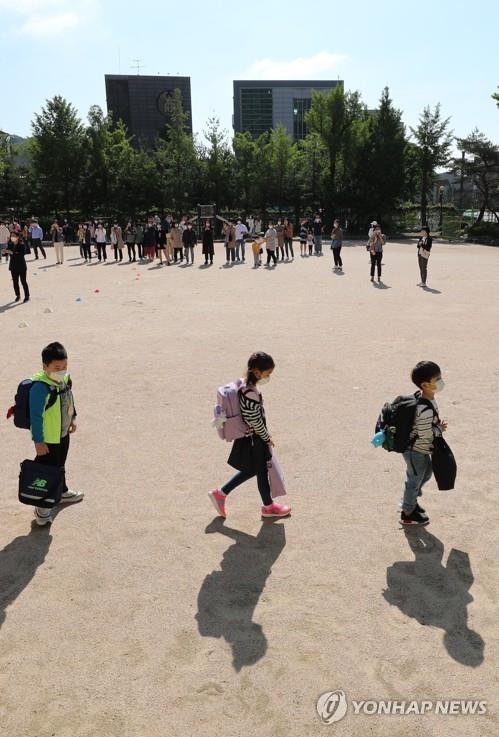 The government is also expected to unveil a set of revised quarantine and disinfection guidelines later in the day, including details on mask wearing at schools. 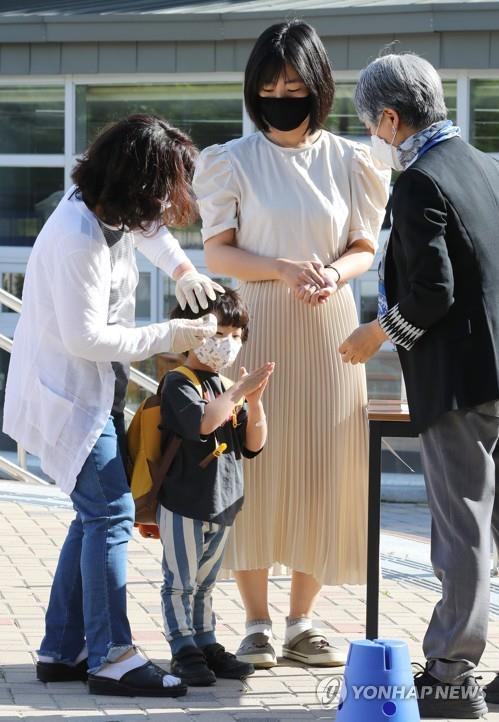