Asia's fourth-largest economy registered US$1.64 trillion in nominal GDP last year, according to the data from the Organization for Economic Cooperation (OECD).

South Korea's fall in GDP rankings came as its nominal economic growth rate stood at 1.4 percent in 2019, the third-lowest among 47 countries surveyed by the Paris-based organization.

The United States topped the global GDP list with $21.43 trillion last year, trailed by China with $14.34 trillion and Japan with $5.08 trillion. Germany, Britain and France followed with $3.85 trillion, $2.83 trillion and $2.71 trillion, respectively. 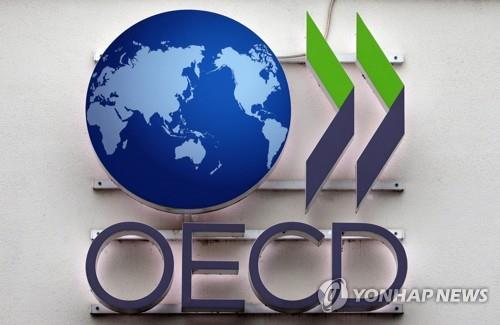