SEOUL, May 27 (Yonhap) -- Samsung Electronics Co. said Wednesday it has signed a partnership with a global esports organization to boost its presence in the gaming monitor market.

Under the partnership, T1 players will practice using Samsung's curved gaming monitors, the Odyssey G9 and G7, at their training facility in Seoul, according to Samsung. The gamers will also wear uniforms displaying the logo of Odyssey when participating in esports events. 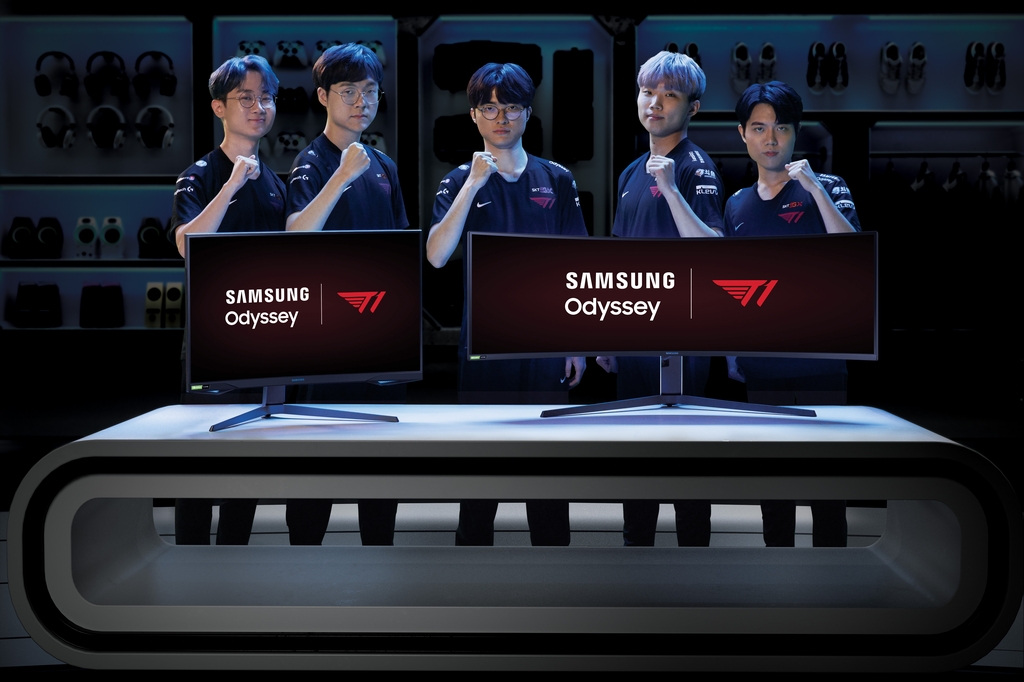 The tech titan said the Odyssey G9 and G7 will be launched in South Korea next month.

T1, which legally operates as SK Telecom CS T1 Co., was founded last year and runs 10 teams in the competitive gaming sector in online games like "League of Legends," "Fortnite" and "Overwatch."

"At the highest level of professional esports, the right technology and equipment mark the difference between winning and losing," said Joe Marsh, CEO of T1. "We are thrilled to partner with Samsung to equip our players with the leading gaming monitor technology."

According to market researcher IDC, the global gaming monitor market was projected to grow from US$3.6 billion this year to $4.5 billion in 2023.