SEJONG, May 27 (Yonhap) -- The number of babies born in South Korea dropped 10.1 percent in March from a year earlier, data showed Wednesday, in the latest evidence underscoring the low birthrate that has plagued Asia's fourth-largest economy for more than a decade.

The data compiled by Statistics Korea showed that 24,378 babies were born in March, compared with 27,116 tallied in the same month of 2019.

It marks the lowest number of newborns for any March since the statistics agency started compiling monthly data on newborns in 1981.

In the first three months of this year, 74,050 babies were born in South Korea, down 11 percent from a year ago. 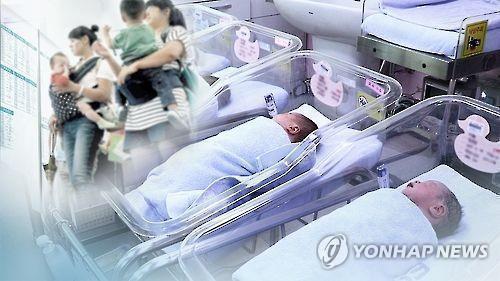