SEJONG, May 27 (Yonhap) -- The number of South Koreans who changed residences to a different region rose in April, data showed Wednesday, after the nation eased social distancing rules over the stabilization of the coronavirus outbreak.

The number of people who changed their residences increased 4.6 percent last month from a year earlier to 614,000, according to the data compiled by Statistics Korea.

The population mobility rate -- the number of those changing residences for every 100 people -- also rose 0.7 percentage point to 14.6 percent. 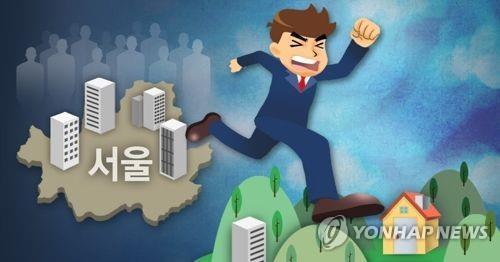 South Korea had reported hundreds of new virus cases per day in late February and early March but appeared to bring the outbreak under control.

An apparent stabilization of the outbreak prompted the government to relax social distancing rules in mid-April, but officials have warned that a new wave of infections could come at anytime because the virus can spread through people who have no symptoms.