The average interest rate on fresh bank loans came to 2.8 percent in the month, down 11 basis points from 2.91 percent the previous month, according to preliminary data from the Bank of Korea (BOK). 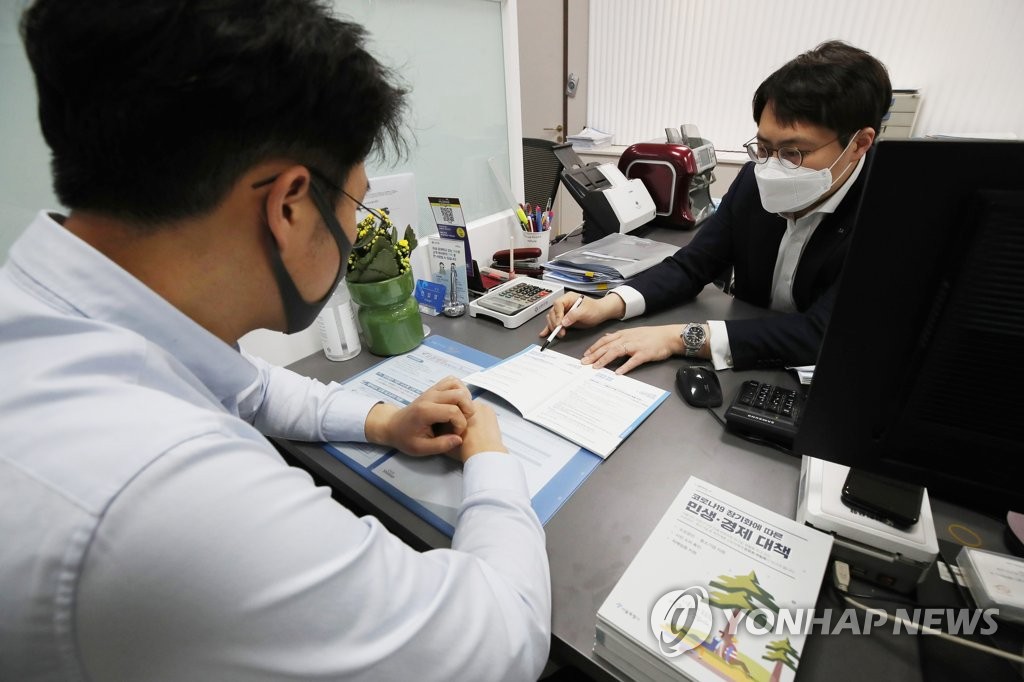 The BOK slashed the base interest rate to a new record low of 0.75 percent in an emergency rate-setting meeting held March 16, which led to a 17 basis-point plunge in the average interest rate the same month.

The latest drop, however, follows a series of steps to support the economy that included large injections of funds into businesses.

The government has pledged to provide up to 240 trillion won (US$194.5 billion) in an aid package for local businesses, while the BOK began purchasing an "unlimited" amount of corporate bonds in early April to boost market liquidity.

The BOK and government have also jointly set up a special purpose vehicle to provide up to 20 trillion won to firms with low credit ratings through debt purchasing.

The rate on fresh household loans, on the other hand, added 0.01 percentage point to 2.89 percent over the cited period.

The average rate paid by banks on fresh deposits came to 1.2 percent in April, down 7 basis points from the month before, according to the BOK.

The gap between the rates paid and charged by banks narrowed to 1.6 percent last month from 1.64 percent in March.