SEOUL, May 27 (Yonhap) -- In a clear shift of stance, the ruling Democratic Party (DP) is raising calls on its lawmaker-elect Yoon Mee-hyang, a longtime activist for wartime sexual slavery victims, to clarify various suspicions raised against her and her civic group.

The DP's pressure on Yoon for an explanation marks a clear departure from the wait-and-see stance it had maintained since Lee Yong-soo, a victim of the Japanese military's World War II sexual slavery, accused Yoon and her organization of accounting malpractices and other wrongdoings in a press conference on May 7.

The move comes after the 92-year-old victim held another press conference Monday to reiterate her call for justice for Yoon as prosecutors look into the widening allegations.

Lee claimed in the nationally televised news conference that the lawmaker-elect "used" aged victims to raise funds and help promote the cause of the group for the past 30 years.

"(What the DP is demanding from Yoon) is that the lawmaker-elect and (her civic group) the Korean Council for Justice and Remembrance for the Issues of Military Sexual Slavery by Japan clarify the accounting transparency issue," the DP's deputy floor leader Kim Young-jin told reporters a day earlier. "She needs to take responsibility for exactly what will follow."

The latest shift of stance by the DP hints that the party has started to distance itself from the growing scandal involving Yoon as it is set to enter the new National Assembly term as a majority party later this week.

"The party is currently telling Yoon to hurry up and present her position on the issue," the DP deputy floor leader noted.

For now, the DP has the option of eliminating Yoon from the party. In that case, Yoon could still retain her parliamentary seat outside of the ruling party. If she resigns before the official start of the new parliamentary term Saturday, her proportional representation seat could be handed over to another party member.

Yoon has remained out of the public eye for more than a week.

A poll by Realmeter showed Wednesday that 7 out of every 10 Koreans think Yoon should step down from her parliamentary seat.

The opposition bloc is also mounting pressure for her resignation after the main opposition United Future Party officially launched a task force dedicated to the scandal Monday. 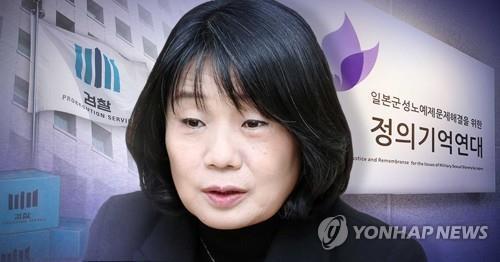