SEOUL, May 27 (Yonhap) -- South Korean duty-free shops are struggling to cope with an industry-wide slump as flight suspensions and a subsequent fall in the number of customers have severely dented their sales amid the new coronavirus pandemic.

With no imminent signs of business turnaround, duty-free operators have called for support measures from the government, including an additional cut in airport rental fee.

Duty-free stores saw their combined sales fall below 1-trillion won (US$812 million) mark for the first time in four years in April, according to industry data. 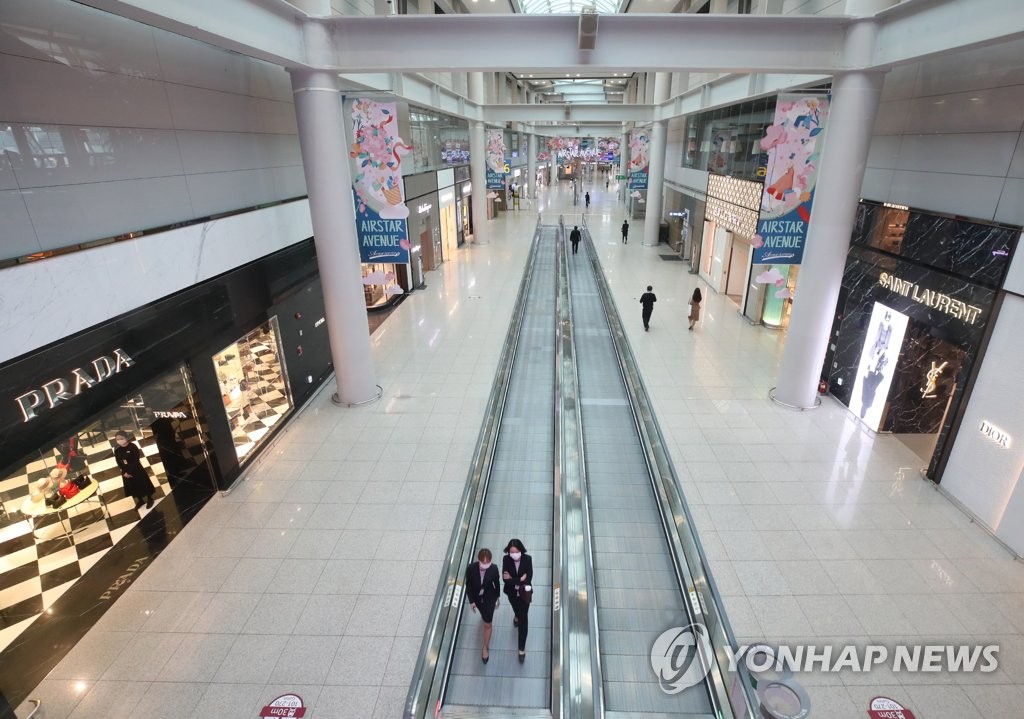 The number of visitors to duty-free outlets reached around 354,000 in April, sharply down from some 587,000 the previous month. Foreigners accounted for 33 percent of the total.

The faltering sales came as the virus-sparked flight suspensions and travel bans across the globe have continued to curtail demand for air travel.

In April, Incheon International Airport, the country's main gateway west of Seoul, saw the number of outbound travelers using the airport decline 99 percent on-month to some 326,000.

South Korea's duty-free business was once regarded as a cash cow for local retailers on the back of soaring tourists, mostly from China.

But the sector began to suffer business setbacks in 2017 amid a diplomatic row with Beijing over the installment of a U.S. missile defense system in South Korea.

The COVID-19 pandemic has made it almost impossible for small-scale Chinese vendors, the main customer of Korean duty-free shops, to visit here.

To help local duty-free operators, the government decided in April to temporarily permit them to sell duty-free products that were in stock for six months through local retail channels.

The country's customs office estimated that local duty-free operators may be able to secure some 160 billion won in cash with the eased sales rule.

But it may take more time to sell inventory products to local customers as details about their sales and distribution channels have yet to be decided. 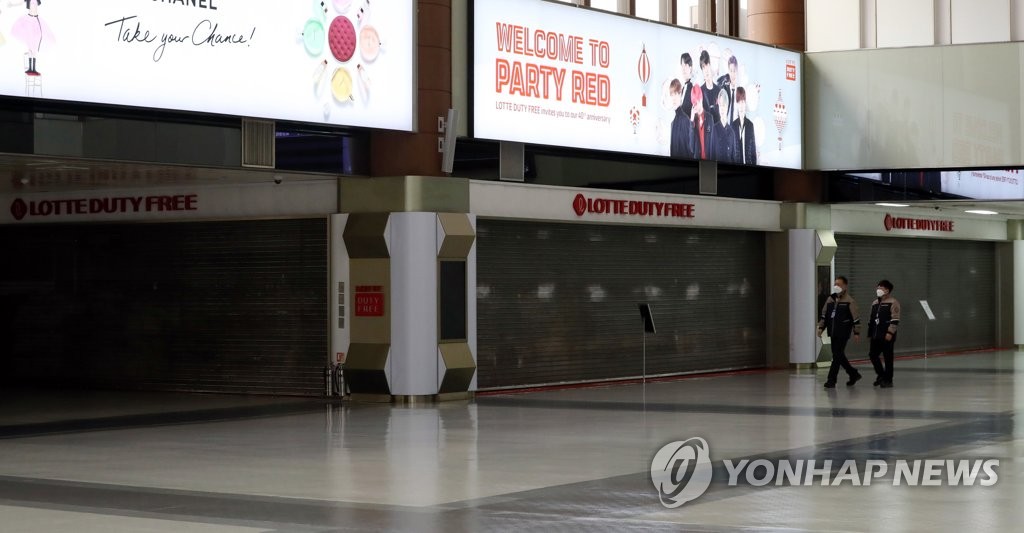 In April, the government announced a plan to cut rental fees by 20 percent until August for airport duty-free shops and other stores run by larger companies.

For mid-sized firms and small merchants, airport rental fees will be reduced by 50 percent, according to the plan.

Airport authorities are in talks with the government over details about the support measures. The outcome is expected to come out in the coming weeks.

"Duty-free operators' sales slump will continue in May amid travel restrictions. But anticipation for the sector's recovery remains due to the government's policy support," Park Sang-jun, an analyst at Kiwoom Securities Co., said in a report.