SEOUL, May 27 (Yonhap) -- South Korea posthumously awarded a medal to a soldier killed in the 1950-53 Korean War after his remains were recently found during an excavation project inside the Demilitarized Zone (DMZ), the Army said Wednesday.

The Army delivered the medal to the son of the late Ssg. Jeong Yeong-jin, marking the first time an award is given to the war bereaved, after confirming the identity of the remains found during the excavation operation on Arrowhead Ridge inside the DMZ.

Under a bilateral military accord signed in 2018, the two Koreas agreed to launch a joint excavation project on the former battle site. But the South has carried out the project alone since last year, as the North did not respond to calls for joint work.

Born in 1926, the staff sergeant joined the military in 1952 and died the next year, just two weeks before the truce was signed.

The government had decided to give the medal to the late soldier a year after he died, but it could not deliver the award as contacts with the bereaved family were not well established at that time.

"I hope this can also happen to the numerous bereaved families who are waiting for their beloved ones and the families of the people of merits who could not receive the medal," the son, Jeong Hae-soo, said.

Last year, the military found around 2,030 bone fragments believed to have belonged to about 261 troops killed in the war, according to the defense ministry. 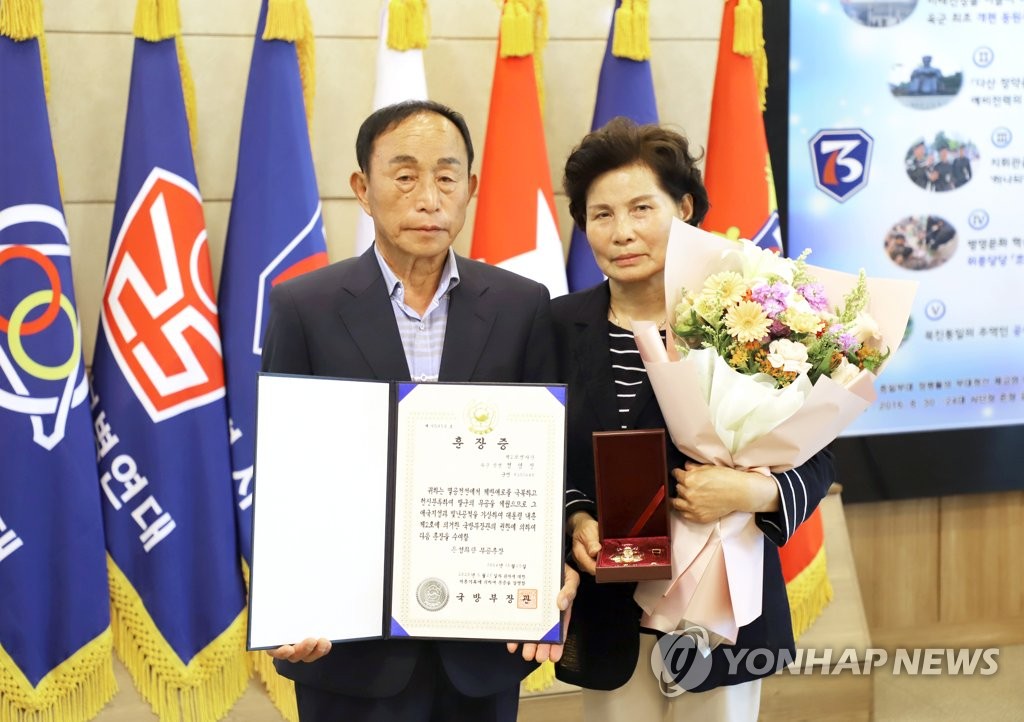