SEOUL, May 27 (Yonhap) -- Hanwha Eagles' ace Chad Bell had been itching to get it going, feeling frustrated that his arm issue had kept him on the sidelines at the start of the new Korea Baseball Organization (KBO) season earlier this month.

Bell finally returned to action Tuesday after recovering from what the club said was strained left elbow. He got a no-decision after 3 1/3 shutout innings in the Eagles' 3-0 loss at home in Daejeon, 160 kilometers south of Seoul.

Results aside, Bell said he was "very, very pleased" with his effort overall.

"Mainly, I needed to see where my stuff was, how good my fastball was, and the command of offspeed pitches," Bell told Yonhap News Agency in a phone interview Wednesday. "I was trying to get back into the groove of having my stuff be pretty good. My command of offspeed pitches was just a little bit off, but I felt like the sharpness and action of those pitches was exactly what I was looking for." 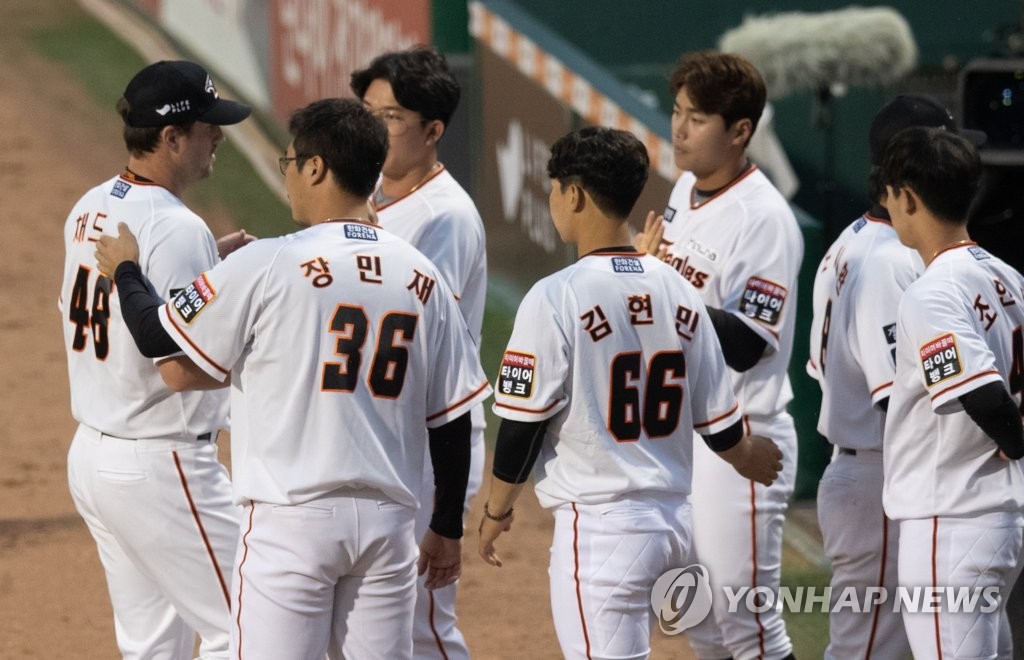 Bell, who went 11-10 with a 3.50 ERA in his first KBO season in 2019, was ruled out of action on April 29, six days before Opening Day. Bell said he couldn't straighten out his arm one morning after a bullpen session.

The road back to the KBO included a start in the Futures League, the KBO's minor league, last Thursday. He made 43 pitches over two shutout innings, and reported no pain afterward.

Bell said he didn't feel all that sharp then, noting that his velocity was down and his command of offspeed pitches wasn't great. But in his regular season debut, Bell said he took a step in the right direction, especially with the action of his changeup and the break of his curveball.

After LG's Lee Chun-woong reached on an error to lead off the game, Bell retired the next three batters in order, including a strikeout of the dangerous slugger Robert Ramos to end the first inning.

Bell got into some long battles in the second inning, which ultimately limited him to 3 1/3 innings because he was on a pitch count.

Bell needed seven pitches to strike out Kim Min-sung to begin the second. Jeong Keun-woo flied out to left in a six-pitch at-bat. Bell got Jung Ju-hyeon to a 1-2 count, but the pesky Twin fouled off four straight pitchers before singling up the middle.

The next batter, Yoo Kang-nam, swung on the first pitch and lined out to third, ending a 22-pitch frame for Bell.

Bell got into a two-out, bases-loaded jam in the third. After getting two quick outs, Bell gave up a walk, a single and then another walk.

Following a visit from his catcher Choi Jae-hoon, Bell got Kim Min-sung to fly out to center. 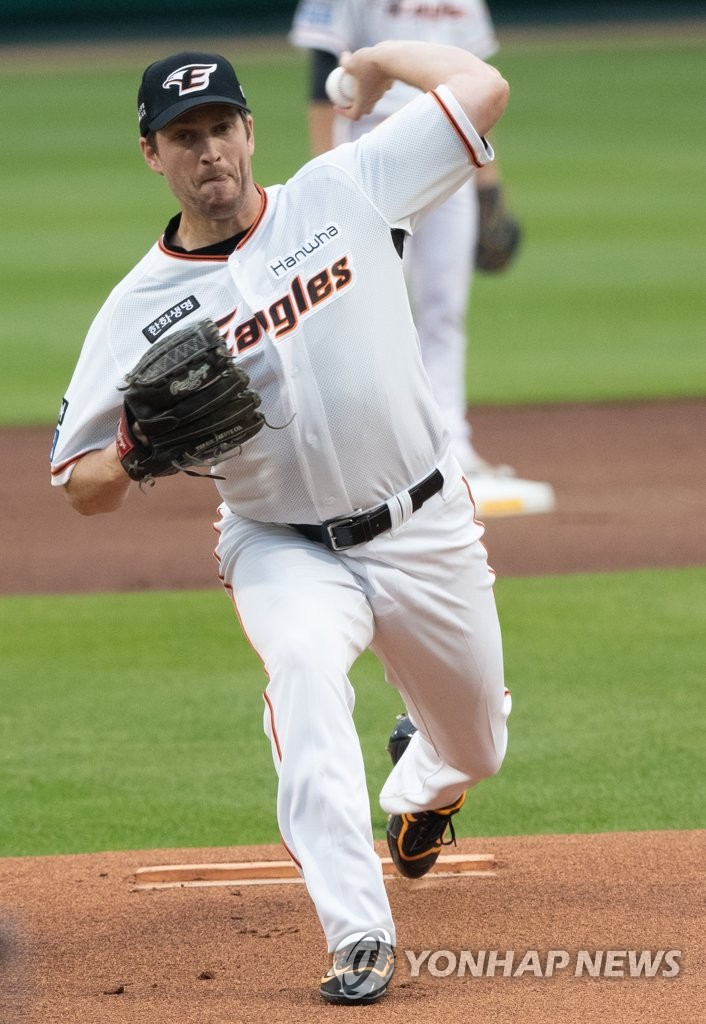 Bell retired Jeong on a groundout to short on his pitch No. 60, and was lifted in favor of Kim Yi-hwan.

Hanwha manager Han Yong-duk had said in his pregame media availability that Bell would throw about 70 pitches. Bell said he had always added 15 to 20 pitches from game to game when he was building up his pitch count in the past. Since he'd thrown 43 pitches in the Futures League last week, he was happy with throwing 60 pitches on Tuesday and with handing the reins to the bullpen without a runner on base.

Last year, Bell made 20 of his 29 starts on five days' rest, while making just four starts on four days in between games. If he were to take the latter course this week, Bell is lined up to take the mound again on Sunday. If not, since there are no games on Monday, Bell's next start will be next Tuesday.

He said his schedule is still to be determined but added, "Since I only threw 60 pitches, the recovery part shouldn't be an issue."

"The next couple of days, the main thing we're looking at is how I am going to recover. I am not super worried about it," he said. "Sunday is definitely a possibility. We'll see whatever the coaching staff has in mind. I will be ready whenever they need me."