SEOUL, May 27 (Yonhap) -- South Koreans are concerned that the COVID-19 pandemic will widen economic inequality, a study showed Wednesday.

They believe that lower-income earners with less job security are more vulnerable to the fallout from the pandemic, according to a survey commissioned by the Joongmin Foundation for Social Theory, a Seoul-based institute. Joongmin refers to those who are considered to belong to the middle class.

The poll was conducted on 1,056 adults nationwide by Hankook Research.

It put the prospect of no impact at the scale 1 and that of losing all income at 4 in case of 14-day self-quarantine.

By employment type, the figure was 2.4 for full-time workers, versus 2.7 for part-time, or irregular, workers and 2.9 for the self-employed. 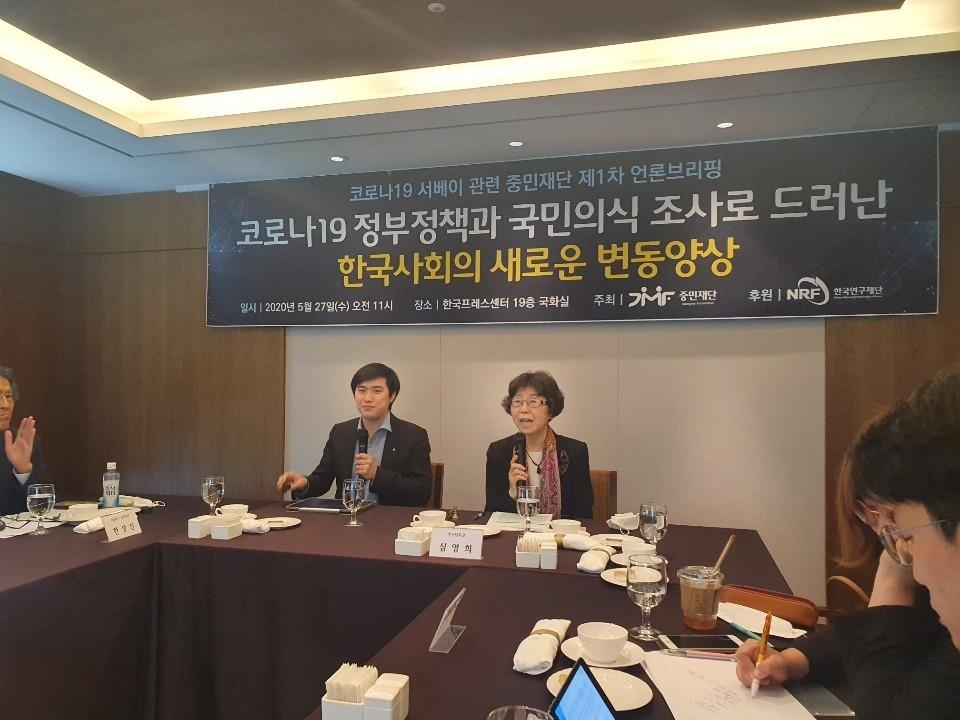 Also, 56.1 percent of people with temporary jobs said they have felt employment-related instability, far higher than 27.9 percent among those with regular jobs.

"COVID-19 can serve as a mechanism to further exacerbate economic inequality in that income declines attributable to self-quarantine and job instability are more serious in the low-income bracket," Shin Kyu-ho, a researcher at the foundation, said.

Its separate survey showed that residents in Daegu, the southeastern city that was the epicenter of South Korea's outbreak, and nearby North Gyeongsang Province, suffered bigger damage in terms of revenue.

Among 420 respondents, 56.4 percent cited an income decline in their families, higher than the national average of 46.7 percent, according to the institute.