SEOUL, May 28 (Yonhap) -- President Moon Jae-in plans to use his rare luncheon meeting with political party leaders Thursday to request cooperation in efforts to ride out the COVID-19 crisis and resolve other pending issues, according to his aides.

It will be held at the presidential compound, marking Moon's first Cheong Wa Dae meeting with the floor leaders of the parties in 1 1/2 years. The previous one took place on Nov. 5, 2018, joined by then-floor leaders of three smaller opposition parties.

This time, only the two parties eligible to form a floor negotiating group, which requires at least 20 seats, have been invited.

"The upcoming session is meant for candid communication and expression of determination for cooperation ahead of the opening of the new parliament," a Cheong Wa Dae official said.

The official cited a host of issues to handle especially amid the drawn-out coronavirus outbreak, such as a stated plan to allocate the third batch of supplementary budget.

Kang Gi-jung, senior presidential secretary for political affairs, earlier announced that the meeting is in line with a push for the "systemization of cooperative politics."

The president, meanwhile, plans to deliver a speech at the parliament early next month on the occasion of its opening. 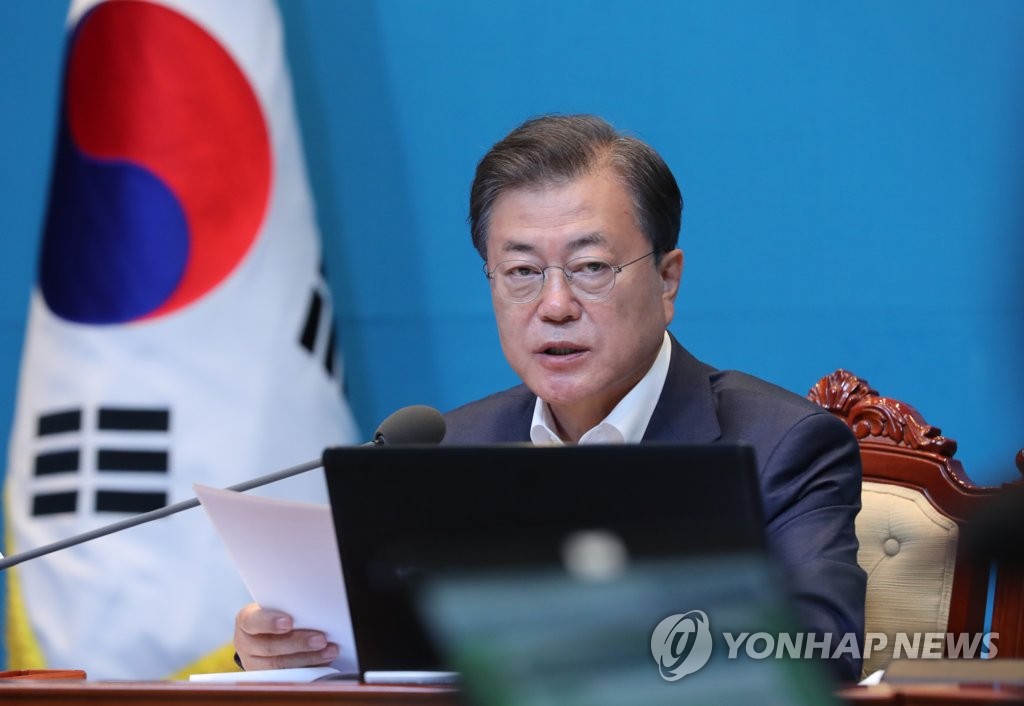