SEOUL, May 28 (Yonhap) -- President Moon Jae-in requested bipartisan support Thursday for the government's plan to allocate a third supplementary budget in response to the economic fallout of the new coronavirus pandemic, during a meeting with the floor leaders of South Korea's two major political parties at Cheong Wa Dae.

He also emphasized the importance of the National Assembly speedily passing an employment-related bill and helping with preparations for the establishment of a non-prosecution unit in July tasked with investigating corruption among high-ranking civil servants, according to presidential spokesman Kang Min-seok.

Moon hosted the luncheon meeting with Kim Tae-nyeon of the ruling Democratic Party and Joo Ho-young of the main opposition United Future Party, two days before the country's newly elected lawmakers begin their four-year terms. The meeting took place at the Sangchunjae guesthouse inside the presidential compound in Seoul. 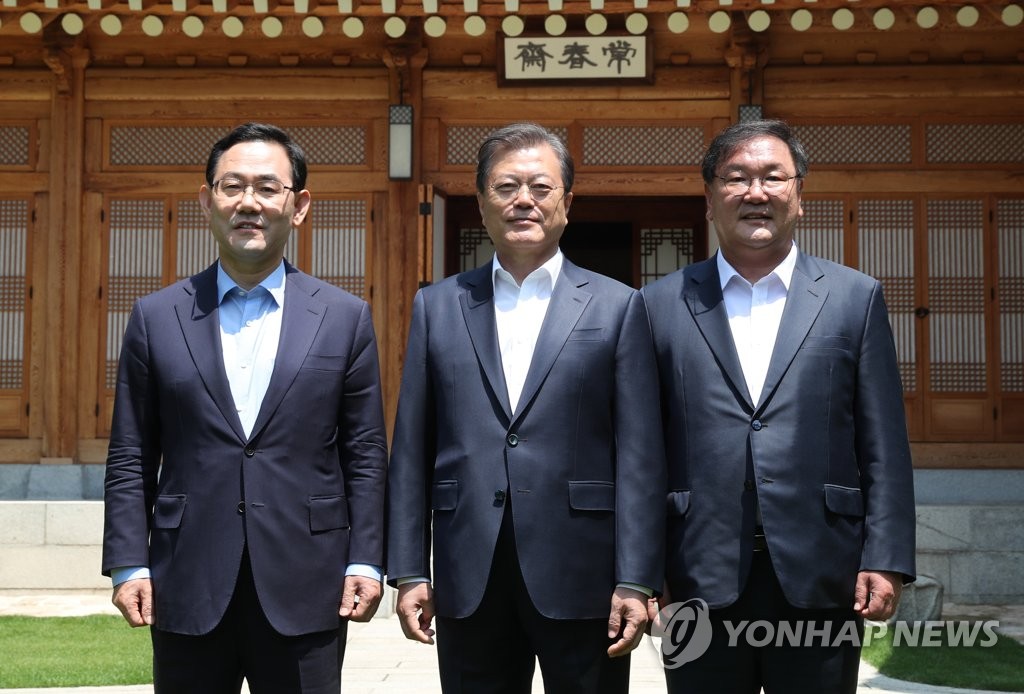 Moon pointed out that the world is confronted with a crisis deemed the most serious since the Great Depression.

Speaking to Kim and Joo, the president suggested "politics of cooperation" and frequent meetings for candid discussions on various issues.

Another keyword in Moon's message was "national unity."

The president expressed hope that the parties will soon reach a deal in negotiations on the chairs of the 18 standing committees at the parliament and open its formal session smoothly.

Joo proposed the creation of a new ministerial position in charge of political affairs and Moon told his chief of staff, Noh Young-min, to consider it, Kang said.

The government is expected to submit another extra budget bill, reportedly worth around 40 trillion won (US$32 billion), next month to minimize the economic impact of the COVID-19 pandemic.

The government is separately gearing up to launch the new investigative agency under legislation on prosecution reform, which Joo's party views as aimed at bolstering already-strong presidential power.

Speaking separately to reporters on the Cheong Wa Dae session, Joo said he had raised worries about fiscal soundness amid the Moon administration's expansionary budget spending.

In response, Moon cited South Korea's "overwhelming conventional" firepower to counter the North's threats, saying it's realistically impossible for Seoul to seek its own nuclear armament due to various international rules.

On the North's "hostile" acts against the South other than provocations aimed at drawing international attention, the president was quoted as saying by the conservative politician that his government is "managing the situation and trying to prevent such a thing from recurring."

This time, only the two parties eligible to form a floor negotiating group, which requires at least 20 seats, were invited. 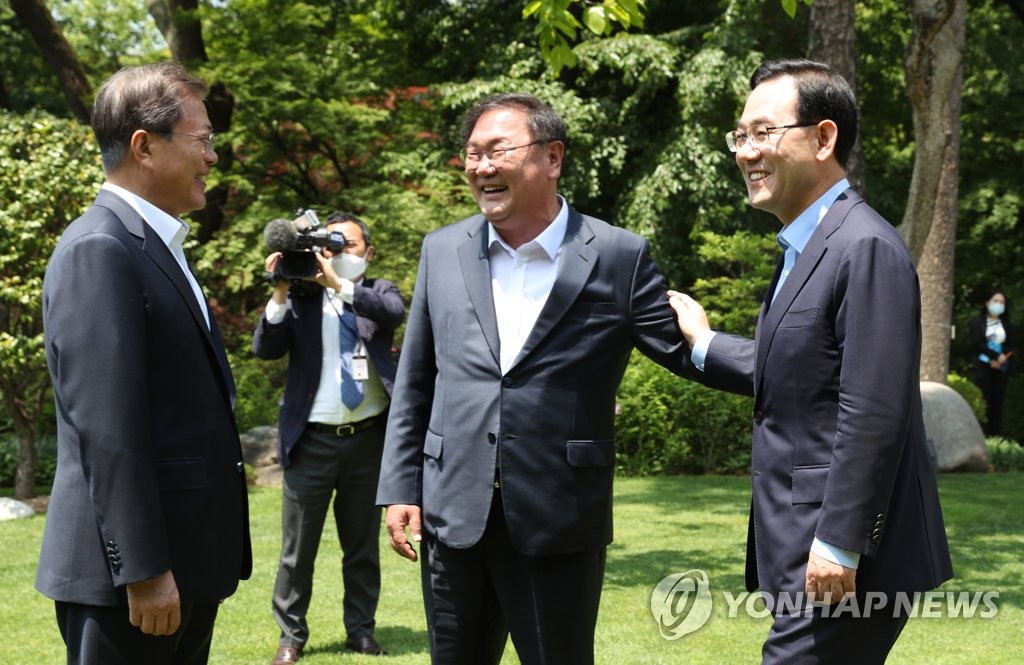