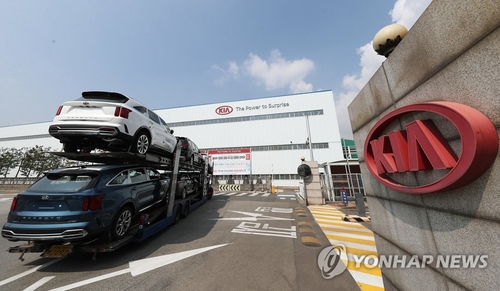 Hyundai Motor Co, which owns a 34 percent stake in Kia, also said it will halt three assembly lines at its No. 3 and 4 plants in Ulsan, 414 kilometers southeast of Seoul, from June 1-5 and 11-12.

The vehicles to be affected by the planned suspension are the Venue subcompact car, the Ioniq electric and hybrid cars and the Porter truck, Hyundai said.

Hyundai said it is considering halting assembly lines at its No. 1 plant, which rolls out the Kona subcompact SUV and Veloster subcompact.