SEOUL, May 27 (Yonhap) -- High-profile auctions of two ancient Buddhist treasures in Seoul on Wednesday failed to attract any bidders.

Gilt-bronze Standing Buddha, dating back to the middle of the 7th century during the period of Unified Silla (668-918), was designated as South Korea's Treasure No. 284 in 1963. Standing in an imposing posture, its height reaches 38 centimeters, larger than any other gilt-bronze Buddhist statue manufactured during the Silla period. 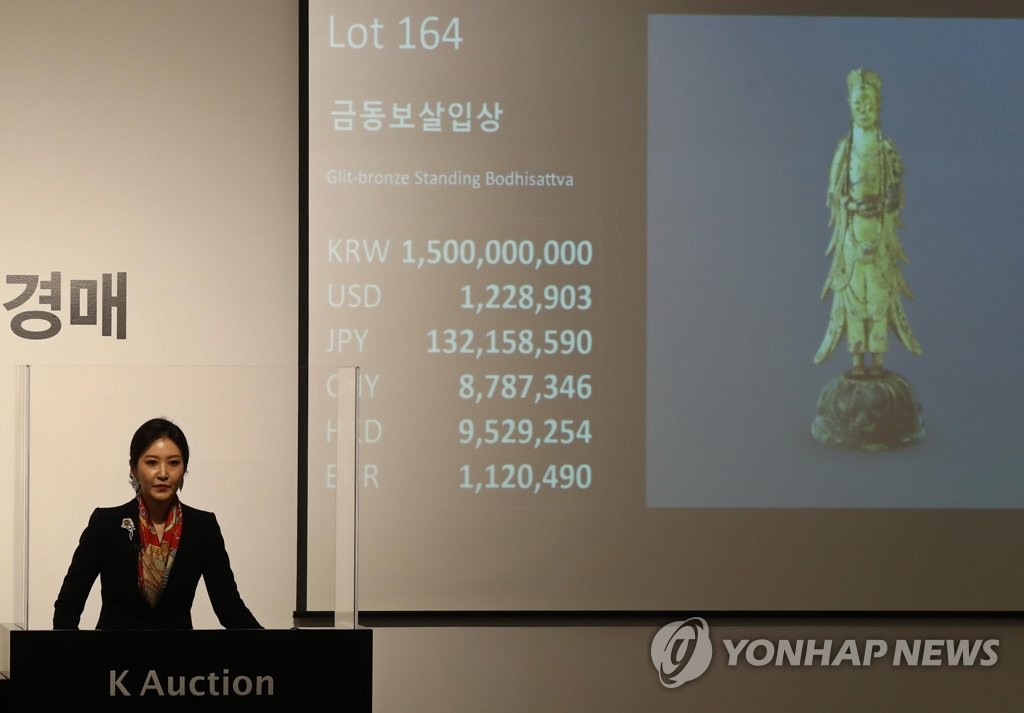 Gilt-bronze Standing Bodhisattva, which was made between the 6th and 7th centuries during the Silla period, was designated as Treasure No. 285 in 1963. The 19-cm-high statue was discovered in Geochang, southeast South Korea.

Kansong Art Museum was founded by Korean businessman Jeon Hyeong-pil (1906-1962) in 1938, initially with the name Bohwagak, during the Japanese occupation of the Korean Peninsula.

Wednesday was the first time that the Seoul-based private museum had put up part of its collection for auction. The auction plan reportedly came due to the museum's financial hardship. 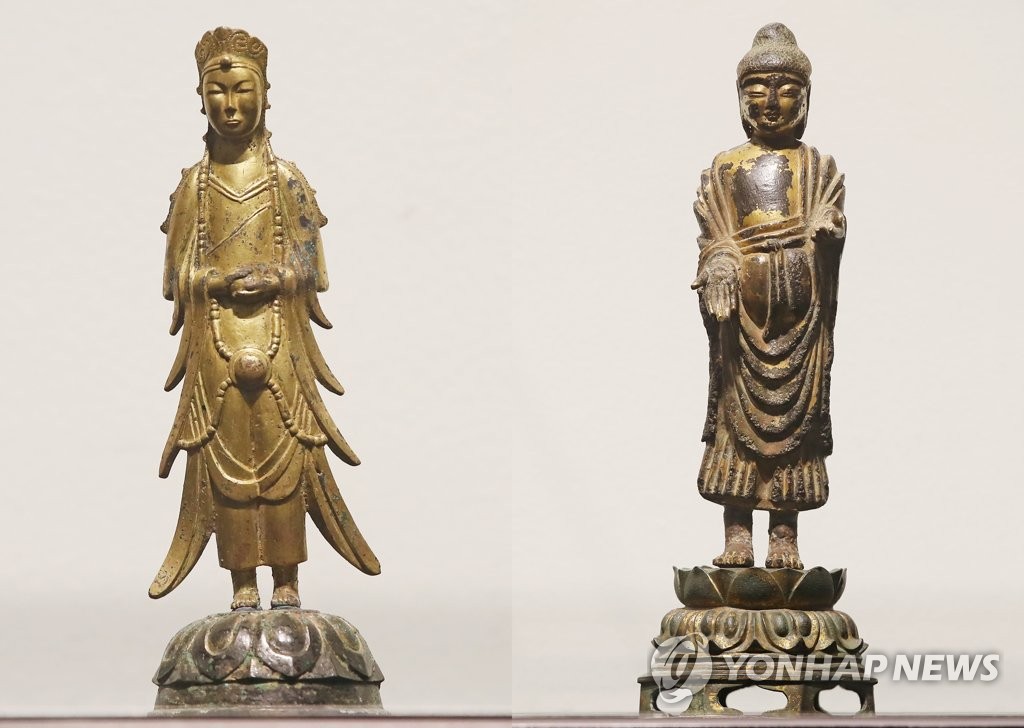