The 43-year-old man was caught in the southwestern city of Mokpo on Tuesday, according to the Taean Coast Guard, six days after he and five other compatriots arrived in the western coastal city of Taean undetected on a 1.5-ton boat and then fled. 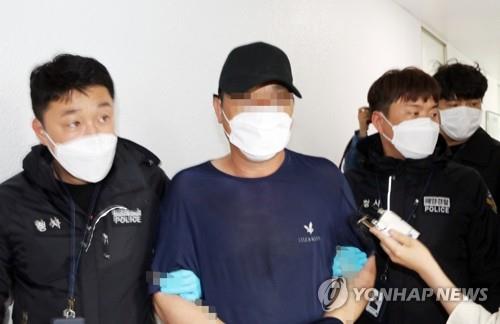 The vessel was found abandoned belatedly on Sunday, and the coast guard and the military have been carrying out a probe amid suspicions that North Korean spies could have used the boat.

"All those aboard the boat are believed to be Chinese nationals," an investigator said, adding that the authorities are tracing the remaining people and looking into their purposes of entry and possible links to criminal cases, among other things.

The illegal entrant, who was caught on Tuesday, stayed in South Korea for one year until July 2012 after being given legal status, but after that, he remained in the country illegally until April 2015, when he was expelled after being caught for drunk driving.

Earlier, the Joint Chiefs of Staff said that chances seem low that this case has something to do with espionage activities, though a probe is under way with all possibilities open to learn if there were any security lapses.

Footage from a nearby closed-circuit TV showed people leaving the boat. Inside the boat were clothes, leftover food and other items that appeared to have been made in China, the authorities said. 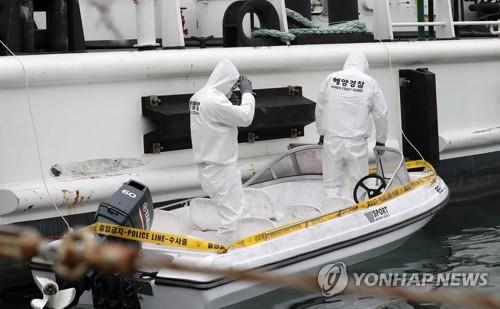