SEOUL, May 28 (Yonhap) -- When Gwangju FC and Busan IPark earned promotions to the top division in South Korean football for the 2020 season, this could not have been the kind of start they had envisioned.

Gwangju have dropped their first three matches, and they sit dead last among 12 clubs in the K League 1. Busan have managed one draw and two losses for one point, which puts them in 11th place. Both will try to end the winless drought Saturday.

Gwangju dominated the K League 2 last year, reeling off a 19-match undefeated streak with 13 wins and six draws from the start of the season. They won the second division to return to the K League 1 for the first time since 2017. 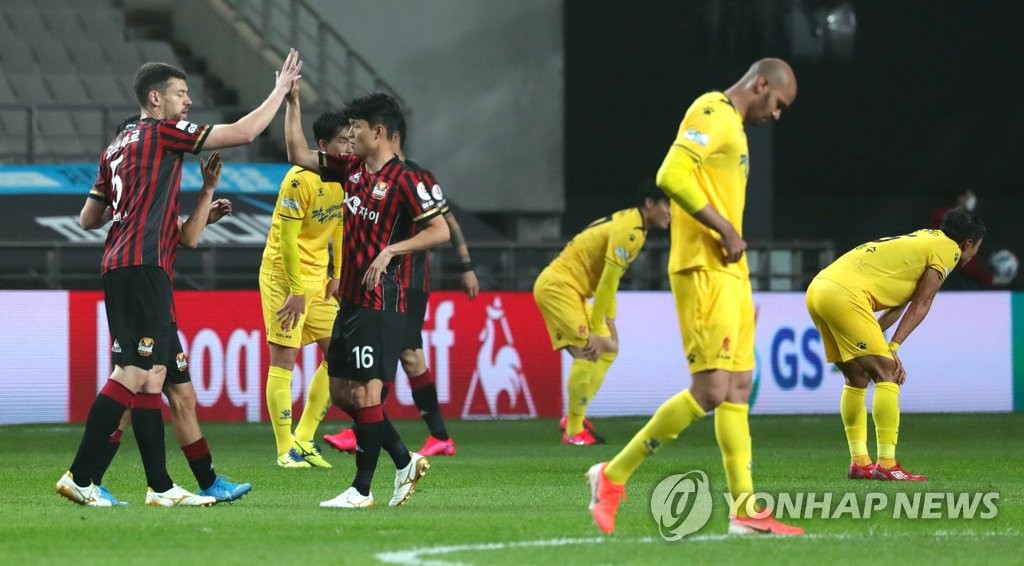 When Gwangju host Ulsan Hyundai FC at 7 p.m. Saturday, they will not just be chasing their first win of the season: Gwangju have not even scored a goal yet. Incheon United are the only other team not to have scored so far in 2020.

Gwangju have not shown much offensive flow so far, with just five shots on target through three matches. Felipe, the reigning K League 2 scoring champion who netted 19 goals in 27 matches in 2019, has managed only three shots, with none hitting the net, in three contests.

Ulsan are regarded as one of the title favorites for this season. They lead all clubs with eight goals after three matches, and Gwangju will have their hands full. 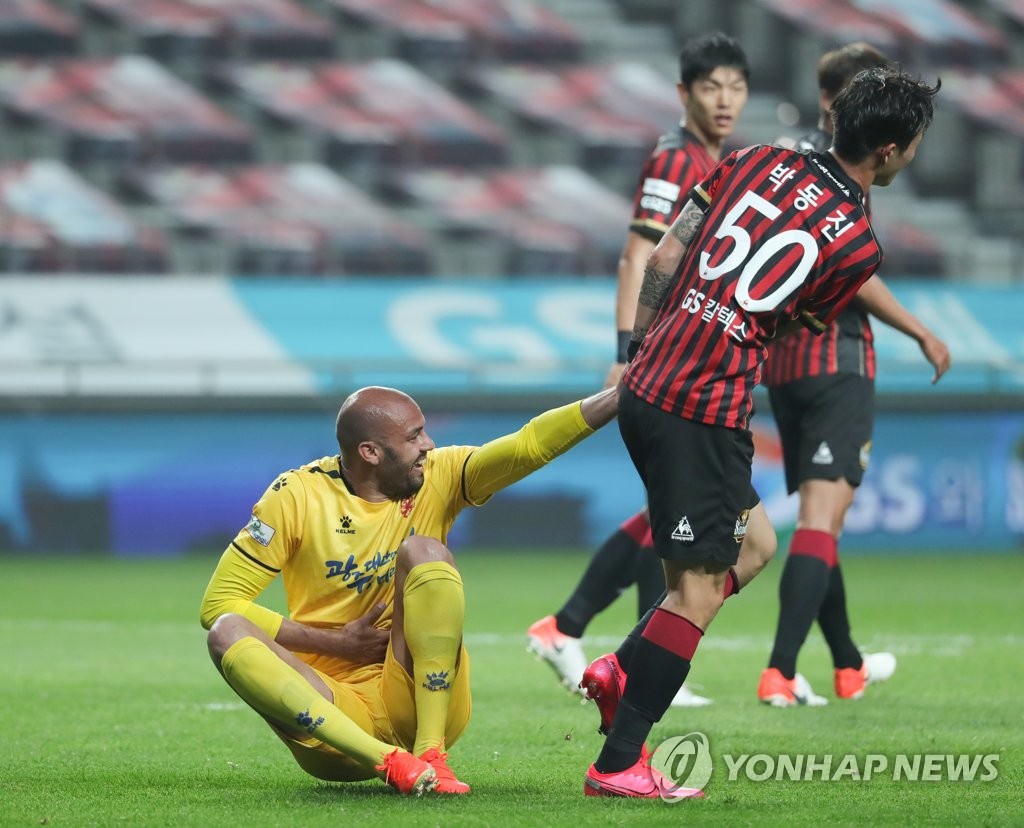 If they do not get over that Ulsan hump, Gwangju will next face the reigning FA Cup champions Suwon Samsung Bluewings. A five-match losing streak to open the season is not outside the realm of possibility.

Busan have played better than their records show. In the second match, Busan pushed the three-time defending champions Jeonbuk Hyundai Motors hard, before giving up the tiebreaking goal to Lars Veldwijk during stoppage time for a 2-1 loss. The following week, Busan held Ulsan to a 1-1 draw for their first point of the season.

But with just two goals scored in three matches, Busan have not found the touch that saw them net a K League 2-best 73 goals in 37 contests a year ago. They will meet Suwon at 7 p.m. Saturday at home. 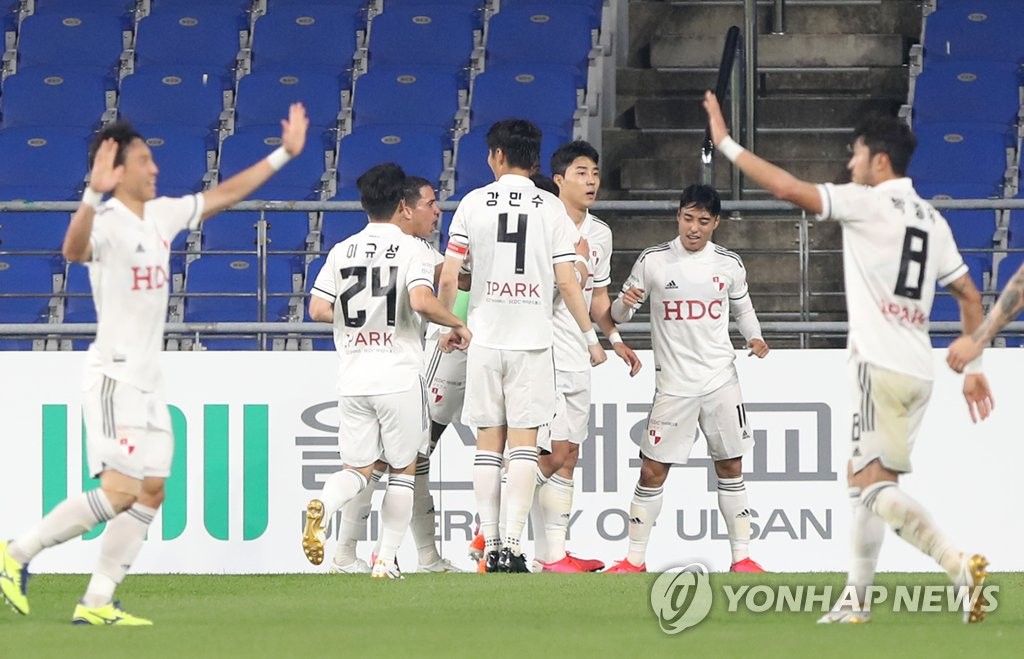 The K League implemented the current promotion-relegation system in 2013. Sangju Sangmu, a team of conscripted players serving their military duty, were the first team to earn promotion in 2014. But they did not win their first match until the seventh week, with the 2-1 victory over FC Seoul coming on the heels of four straight draws followed by two straight losses.

In 2015, Daejeon Citizen needed eight matches to get their first K League 1 victory. They lost their first four before recording a draw, and then they lost two more matches before beating Suwon 2-1.

Promoted clubs were more successful over the next three years, with Sangju in 2016, Gangwon FC in 2017 and Gyeongnam FC in 2018 all winning their first K League 1 matches of their respective seasons. In 2019, Seongnam FC got their first three points in match No. 3. 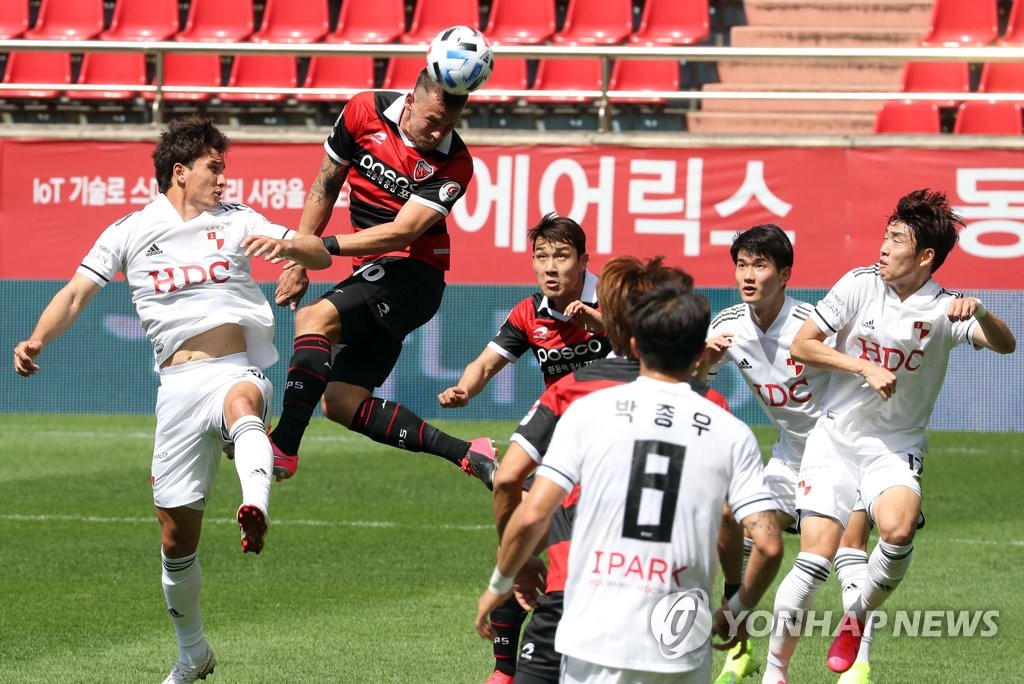