SEOUL, May 28 (Yonhap) -- South Korea on Thursday reported a mass infection of the new coronavirus linked to a logistics center in a city west of Seoul, raising concerns that more related cases may be identified down the road.

A total of 82 cases have been traced to the logistics center operated by the country's leading e-commerce operator, Coupang Inc., in Bucheon as of 11 a.m., according to health authorities and government officials.

Of the 82, 63 are workers at the facility and the remainder are those who had contacts with them, they said. By region, 38 of them are from Incheon, just west of Seoul, 27 from Gyeonggi Province and 17 from Seoul.

An additional four people working at the facility were later confirmed to be infected but were not added to the official tally.

Coupang also said one more employee at its other logistics center in Goyang, just north of Seoul, also tested positive for COVID-19. 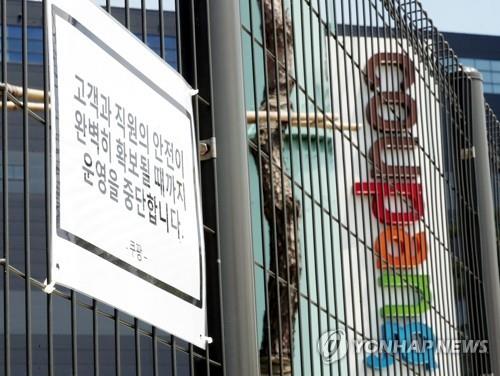 All employees at the facility who had contact with the patient were put under self-isolation, Coupang said, adding that the facility has been shut down.

The first related case, confirmed last week, is believed to be linked to a cram school instructor in nearby Incheon, who contracted the virus after a visit to Seoul's nightlife area of Itaewon that has emerged as the capital city's largest cluster.

Concerns about community spread have mounted, as Seoul and the surrounding areas are home to roughly half of South Korea's population of more than 50 million.

"It looks like preventive measures against the epidemic by employees at the facility, such as wearing masks or taking a break if they are sick, have not been properly carried out," Health Minister Park Neung-hoo said during a meeting.

"Infection routes are being diversified in work places, cram schools and karaoke rooms in the metropolitan area," Park said.

Health authorities said they are conducting an epidemiological study into the cases, adding that workers at the facility did not appear to properly comply with quarantine measures. 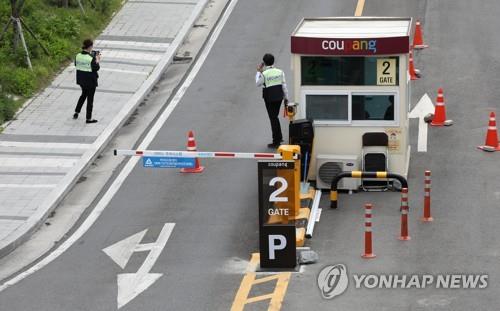 A total of 4,159 people in connection with the Bucheon facility need to undergo testing, with 82.8 percent of them completed, they said. Of those who received virus tests, 2,854 tested negative.

"Most of the tests will be completed within a day," Vice Health Minister Kim Ganglip said in a briefing.

Also, all of some 500 employees at the Goyang facility will undergo testing, they said.

Also, all logistics centers in the metropolitan area will undergo intensive disinfection work.

Meanwhile, the latest cluster case spooked schools in Bucheon and nearby areas, causing them to further postpone reopening and instead resume online classes.

As of Thursday morning, the Incheon education authorities suspended the reopening of 243 schools and kindergartens in the city. All 251 schools in Bucheon were ordered to close, except for high school seniors' classes, earlier this week to limit the spread of the virus.