SEOUL, May 28 (Yonhap) -- The number of hacking attempts on South Korea's defense information from abroad nearly doubled on-year in 2019, though they did not lead to an actual leak of documents, the defense ministry said Thursday.

The system refers to a set of equipment and software for collection, processing, storage and utilization of national security-related information.

Following the surge in the number of hacking attempts, the ministry has established a multilayered protection system to guard against the leak of sensitive defense information.

A majority of the IP addresses used for the recent attacks were traced to China and the United States, though officials said the hackers are believed to have concealed their actual locations.

"It is hard to say for sure where the hacking attacks are coming from, as the intruders often use proxy IP addresses to avoid exposing their identity," an official said.

In 2016, the military's intranet suffered hacking attacks, leading to the leakage of some defense information. South Korea blamed the North for the incident, a claim Pyongyang has stayed mum on. 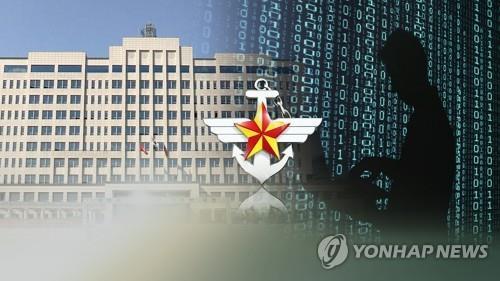