SEOUL, May 28 (Yonhap) -- South Korea is "well aware" of the concerns being raised over heightening international tensions and is watching the situation very closely, its top diplomat said Thursday, apparently referring to the growing rift between the United States and China amid worries the conflict will pressure Seoul to take sides.

Foreign Minister Kang Kyung-wha also said the government is doing everything it can to protect its citizens and national interests in the face of multiple challenges currently confronting the country.

Kang made the remarks during an interagency meeting held to discuss what South Korea's approach should be in terms of addressing the growing rivalry between the two major powers that has intensified over the coronavirus pandemic and China's legislative bid to tighten control over Hong Kong.

"We are well aware of the concerns in relation to the heightening tensions in the international community and its repercussions," she said ahead of the diplomatic strategy meeting. "Our government has been thoroughly assessing its meaning and impact as we closely watch the situation"

Washington has been ramping up its anti-China campaign by pinning the blame on Beijing for causing the spread of COVID-19 and voicing criticism on its push to enact controversial national security laws on Hong Kong to punish anti-government activities.

U.S. President Donald Trump has warned of strong actions against China if it goes ahead with the legislation.

"We've been doubling our efforts to make sure we protect our citizens and defend our national interests by comprehensively deliberating our responses," Kang said. 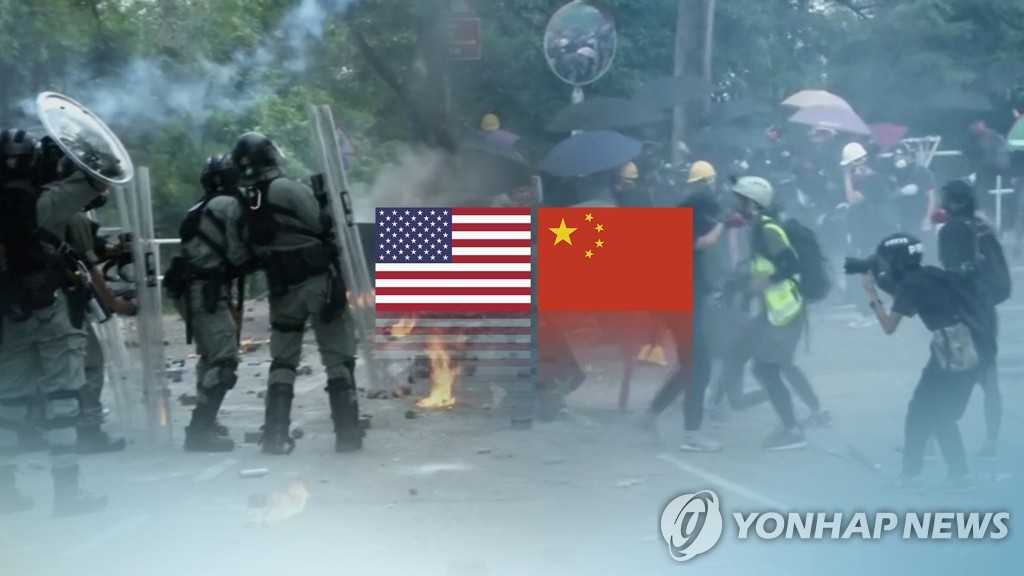 Kang noted the world may seem to have slowed down its activities due to COVID-19, expressing concerns over the growing fallout from the global pandemic.

"While individual countries' abilities and international cooperation to overcome the infectious disease have been put to the test, concerns about a zero-sum competition in which everyone seeks their own way for survival are being raised," she said.

Kang projected that there will be more diplomatic challenges lying ahead, as the global competition to gain an upper hand in cutting-edge technologies will likely get more intense in the post-pandemic era.

She called on the need to brace for such challenges and changing environment by working together with other countries in solidarity so as to overcome the virus crisis and mutually restore economies reeling from the pandemic.

"We need concerted efforts from government agencies for creative and active solutions," she added.

The meeting was presided over by First Vice Foreign Minister Cho Sei-young. Officials from other related ministries and state-affiliated think tanks also attended the meeting.

The Sino-U.S. tensions have renewed worries about South Korea being pressured to walk a tightrope between the two major powers -- its ally and biggest trade partner.

China has been busy defending its position to its foreign partners, including South Korea, in an apparent bid to seek their backing. Diplomatic sources say Beijing has shared information with Seoul on its push for the national security laws on Hong Kong.

Seoul has not made an official comment about issues related to Hong Kong, except to say that the government is closely watching the situation. 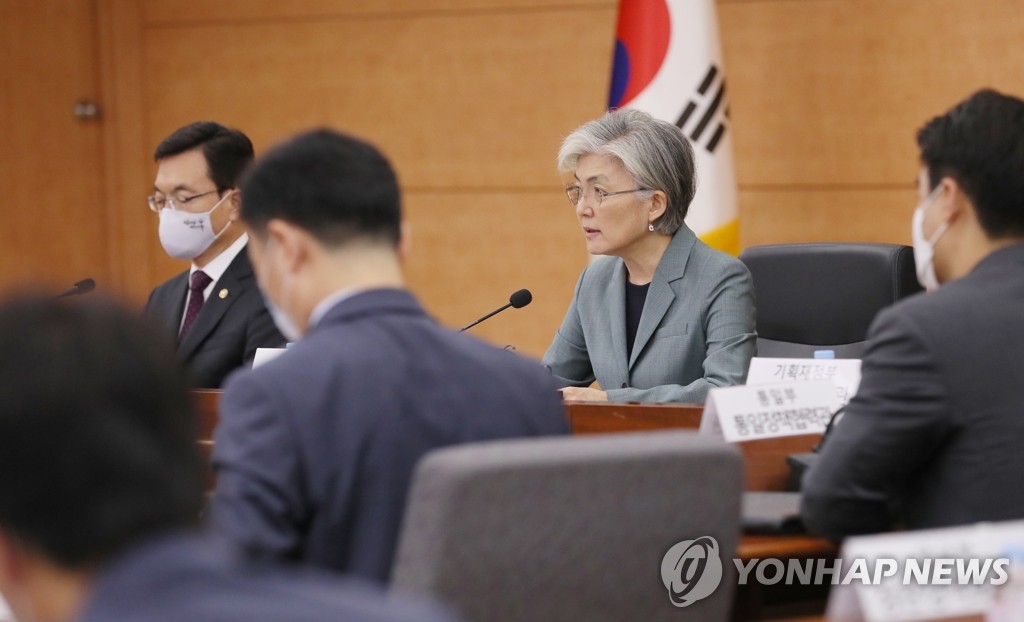