SEOUL, May 28 (Yonhap) -- South Korea should map out measures to help cushion the impact of the coronavirus pandemic on its economic growth and employment, a private think tank said Thursday.

The novel coronavirus outbreak, which started in China in December, has led to lockdowns across the globe, crippling economic activity and touching off concerns over mass job cuts.

"The outbreak of COVID-19 is feared to eat into South Korea's production base and lead to job losses," said the Korea Economic Research Institute (KERI) under the Federation of Korean Industries, the nation's top business lobby.

"The government should take measures to preserve the country's production base and make the labor market more flexible in order to keep a virus-induced economic slowdown from sparking mass job losses."

KERI estimated a 1 percentage-point drop in South Korea's economic growth could cause the number of people employed to decrease by 451,000. 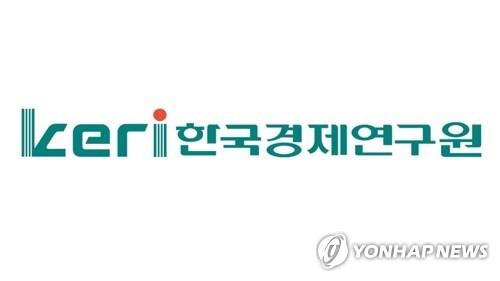 The think tank suggested the government lower the country's corporate tax rate and provide more tax breaks for capital spending and research and development to minimize the coronavirus fallout.

The government should also double down on fostering the emergence and development of contact-free industries and ease labor restrictions, including the expansion of flextime.

The economy shrank 1.4 percent on-quarter in the first quarter of the year, marking the sharpest quarterly contraction since the last three months of 2008.

South Korea's exports, the backbone of its growth, tumbled 24.3 percent on-year to US$36.9 billion in April, leading to the country's first trade deficit in 99 months.

Several economic think tanks have sharply trimmed their growth estimates for South Korea with the International Monetary Fund forecasting a 1.2 percent on-year contraction for this year.

Following a key rate cut Thursday, the Bank of Korea (BOK) projected a 0.2 percent on-year contraction, which would mark the slowest growth in over two decades. The central bank had earlier estimated the economy to expand 2.1 percent this year.

In April, South Korea lost about 467,000 jobs, the sharpest monthly drop in more than 21 years, as the coronavirus pandemic pounded the local job market.
(END)