SEOUL, May 28 (Yonhap) -- The Bank of Korea (BOK) on Thursday sharply slashed its growth outlook for the year, projecting a 0.2 percent on-year contraction amid the coronavirus pandemic, which would mark the slowest growth in over two decades.

The latest outlook for Asia's fourth-largest economy is a sharp cut from its earlier estimate of a 2.1 percent expansion this year and last year's 2 percent gain.

The sharp reduction from the February estimate follows the extensive spread of the new coronavirus that has infected more than 5 million people globally.

"The board expects that domestic economic growth will remain sluggish for some time due to the impact of the COVID-19 pandemic. GDP growth is projected to fall considerably below the February forecast of 2.1 percent to around 0 percent, and uncertainties around the future path of GDP growth are also judged to be very high," the BOK said in a statement on its latest monetary policy decision. 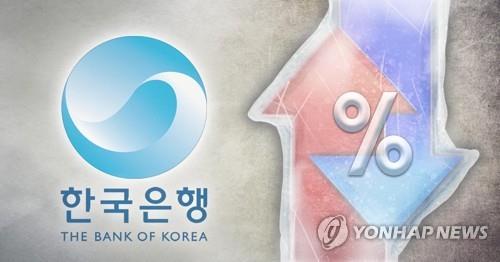 BOK Gov. Lee Ju-yeol said the country's economic growth may further slow down, depending on the future course of the COVID-19 pandemic.

"Because the uncertainties regarding the spread of COVID-19 and its impact continue to remain very high, we cannot but review conditions based on assumptions about the future course of COVID-19," he told a press conference, adding the latest growth estimate of 0.2 percent contraction is based on what he called the "basic scenario."

Under a different scenario where the pandemic can be terminated at an earlier date, the country's economic growth may turn positive this year.

But under a gloomier scenario, where the peak in the pandemic is delayed and South Korea faces a second spike, the country's economy may shrink by a "much greater margin," Lee said.

The BOK said under the best possible scenario, the South Korean economy is projected to grow 0.5 percent this year, followed by a 3.8 percent on-year expansion in 2021.

Under a worse case scenario, it is estimated to shrink 1.8 percent in 2020, followed by a 1.6 percent rise next year. Under the basic scenario, the local economy is expected to grow 3.1 percent in 2021. Given the grim economic outlook, the central bank slashed the base interest rate by a quarter percentage point to a record low of 0.50 percent.

The spread of the virus in other parts of the globe is beginning to take a heavy toll on the country's export-dependent economy.

The BOK said the country's exports are expected to shrink 2.1 percent on-year in 2020, pulling down South Korea's overall growth rate by an estimated 0.9 percentage point and more than offsetting a 0.7 percentage increase in domestic spending. 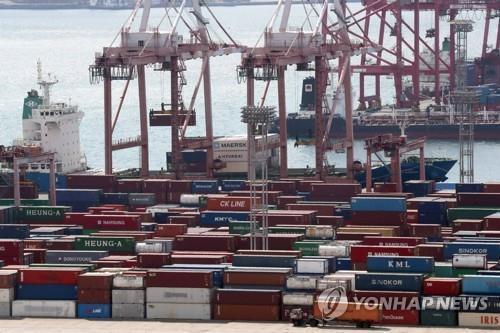 Still, a sharp cut to the BOK's growth outlook had been widely anticipated, with many others expecting the local economy to record its worst performance since 1998, when it shrank 5.1 percent due to the 1997 Asian financial crisis.

The BOK said the South Korean economy has only twice posted annual contractions, in 1980 and 1998, since it began compiling such data in 1953.

Consumer prices are expected to rise 0.3 percent this year, further slowing from a 0.4 percent on-year rise in 2019 that marked the slowest growth in over 50 years since the country began compiling such data in 1954.

The country's inflation is expected to rebound to a 1.1 percent growth in 2021, the BOK said.

South Korea's fight against the novel coronavirus has been and still is considered exemplary, with many of its steps taken now considered global standards.

The number of infections here remains at slightly more than 11,300 as of Thursday, more than four months after the country reported its first confirmed case on Jan. 20.