SEOUL, May 28 (Yonhap) -- Wider school reopening for more than 2 million pupils met with more concern than joy, as South Korea reported a new viral cluster in the greater capital area.

Under the government's phased reopening plan, school children and kindergartners returned to their classrooms en mass on Wednesday to begin much-delayed in-person learning. Schools were set to begin in March but were set back by the new coronavirus pandemic.

On the same day, however, more than 60 COVID-19 cases were confirmed at a distribution center in Bucheon, located between the western port city of Incheon and Seoul.

The Korea Centers for Disease Control and Prevention (KCDC) on Thursday confirmed 79 new infection cases, including 69 linked to the center owned by Coupang, the country's leading e-commerce giant. 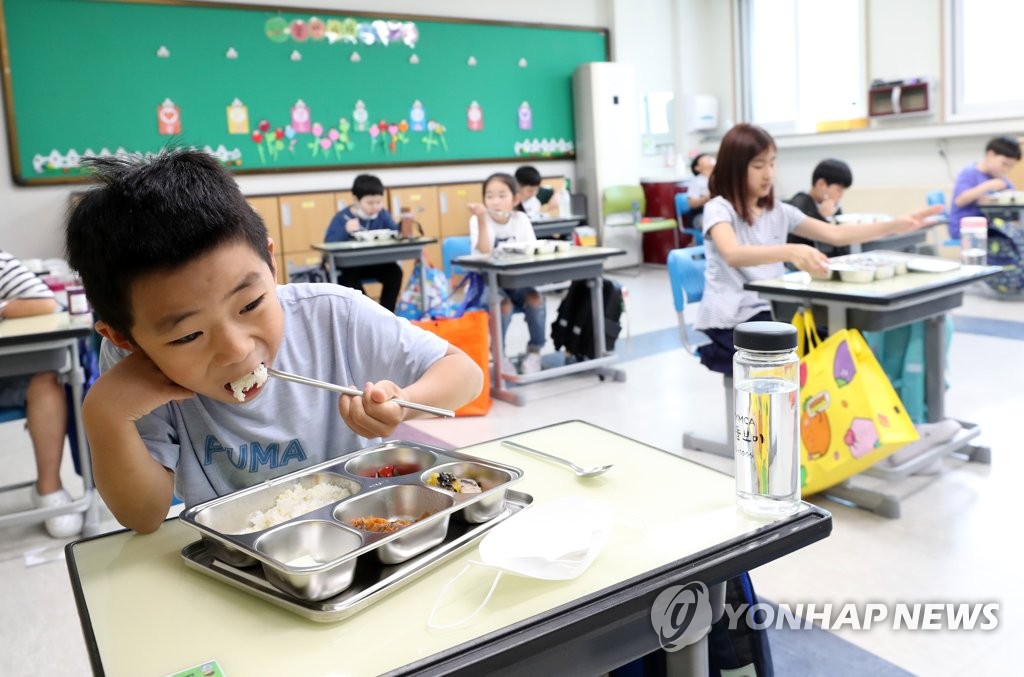 The new cluster of infections spooked schools in Bucheon and nearby areas, causing them to further postpone the reopening and resume online classes.

As of Thursday morning, the Incheon education authorities suspended the reopening of 243 schools and kindergartens in the city. All 251 schools in Bucheon were ordered to close, except for high school seniors' classes, earlier this week to limit the spread of the virus.

Aside from the cluster infection, there has been a flurry of infections involving the country's youth. In Seoul, a high school senior tested positive on Wednesday, leading to the closure of some schools.

Education Minister Yoo Eun-hae said on a radio show Thursday morning that the government was monitoring the cluster infections in Bucheon very seriously, and that the closure of schools in the city was "inevitable" to protect public health.

A total of 561 schools nationwide didn't reopen Wednesday. The choice of whether to reopen is at each school's discretion, the minister said, although the final decision is made in close consultation with provincial education offices and the ministry. 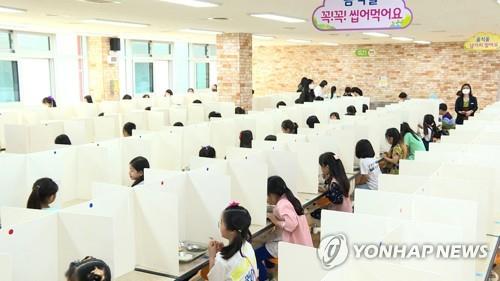 Online forums used by parents were filled with concerned voices over in-person classes and potential health risks for children.

"I am really torn between whether to send my kid back to school today, given the Coupang infections," a user who uses "atatamom" as her ID wrote on the portal site Naver's forum, Baby Love, on Thursday morning.

"I won't send my kid to school today. It is better than feeling anxious," another user "Lovelyn" wrote back.

The country's daily infection figure released by the KCDC marks the highest in 53 days since 81 reported on April 5, and well above the threshold of 50 set by the government as a target for starting the so-called everyday life quarantine scheme in early May.

The reopening of schools is deemed a crucial step towards regaining a semblance of normalcy and running the ambitious scheme successfully.

The first phase of the reopening began last Wednesday for 440,000 high school seniors. The phased reopening will continue until June 8.

The government has put in place meticulous quarantine and isolation protocols in schools, introduced a serious of measures to minimize classroom crowding and issued relaxed guidelines on mask use at schools ahead of summer. Also it staffed up for school sanitary practices.

The Seoul Metropolitan Office of Education issued a new guideline on Thursday that kindergartens should shut down for two weeks and offer online classes in case of a confirmed COVID-19 case.

The next reopening of schools is slated for Wednesday.