SEOUL, May 28 (Yonhap) -- South Korea plans to hold a set of events to mark the 20th anniversary of the first-ever inter-Korean summit next month, but no joint celebration with North Korea is likely to take place amid concerns over the coronavirus pandemic and chilly inter-Korean relations, the unification ministry said Thursday.

South Korea has been seeking to hold joint events with the North to commemorate the anniversary of the 2000 summit between then South Korean President Kim Dae-jung and North Korean leader Kim Jong-il, which led the two leaders to adopt what is known as the June 15 Joint Declaration, pledging to work together for peace.

North Korea, however, has been unresponsive to South Korea's offers for cross-border exchange or cooperation amid a stalemate in denuclearization talks between Pyongyang and Washington.

"We have thought about the possibility and had hopes of celebrating it with North Korea as this year marks the 20th anniversary," a ministry official told reporters on condition of anonymity. "But we had to take the coronavirus into consideration as it has spread not only in the Korean peninsula but across the world."

South and North Korea held joint events to commemorate the day from 2001 to 2008, with the exception of 2003 when the severe acute respiratory syndrome (SARS) broke out. But they have held events separately since 2009. 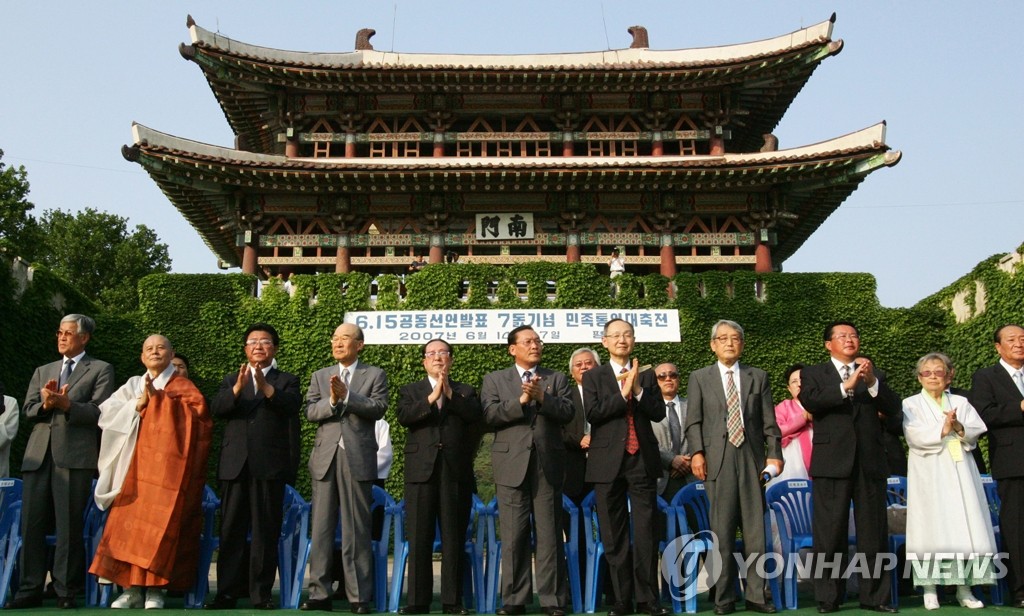 "Objectively speaking, holding a joint event is difficult due to the impasse in inter-Korean relations and the coronavirus situation. On a governmental level, we did not propose to hold any joint events to the North," he added.

South Korea has also recently pushed for inter-Korean cooperative projects not subject to sanctions in a bid to improve ties with the North, which have been chilly since a no-deal summit between Pyongyang and Washington early last year.

Seoul recently announced a rail construction project along the east coast as part of efforts to reconnect railways across the border with North Korea in an apparent bid to send a message that it is willing to carry out agreements reached in their summits in 2018.

To mark the summit anniversary next month, the ministry said that it has organized various online and offline programs, including a concert, a forum, a walking tour near the inter-Korean border and other events involving civilians, though details are subject to change depending on situations related to the coronavirus.

Former U.S. Defense Secretary William Perry and former Japanese Prime Minister Yukio Hatoyama are expected to participate in a forum in a pre-recorded video from their offices, with Unification Minister Kim Yeon-chul, to discuss ways for a peaceful peninsula.

A walking tour program has been organized for South Korean citizens in Paju near the Demilitarized Zone (DMZ) separating the two Koreas, from Imjingak Pavillion to the Inter-Korean Transit Office, the ministry said.

The ministry said it will utilize "untact ways," including television broadcasting and online programs, given the COVID-19 situation and stressed that offline programs will be carried out under strict anti-virus measures.