SEOUL, May 28 (Yonhap) -- While other clubs in the Korea Baseball Organization (KBO) display batting averages for their hitters on the scoreboard, the Lotte Giants have begun putting up on-base plus slugging percentage (OPS) this season.

As a sum of a player's on-base percentage and slugging percentage, OPS is a measure of two critical offensive skills: an ability to get on base and to hit for power. The Giants' decision to highlight that statistic represents a new direction for the club, whose revamped front office has emphasized a more data-driven approach. 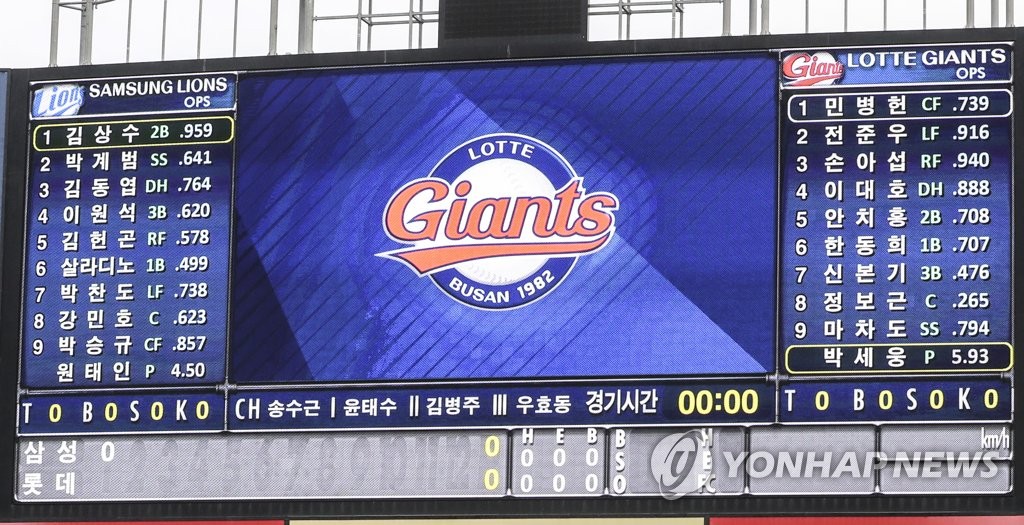 Over the past dozen days, though, the Giants' offense has dried up, and their OPS number is nothing to brag about.

In the past 11 games, the Giants have been getting on base at a .293 clip while their slugging percentage is .303, both worst in the league in that span. Naturally, their OPS of .596 is the worst in the KBO over the past 11 games -- this despite having some established veteran hitters, like Lee Dae-ho, Jeon Jun-woo, Min Byung-hun and Son Ah-seop, in their lineup. With those big bats slumping, the Giants could have used some production from the bottom third of the lineup. Instead, they've had no hits from their No. 6 to No. 9 hitters in the past two games.

The Giants have hit just three homers in those 11 games. The LG Twins lead the way with 16 long balls and their slugger Robert Ramos himself has hit six, including one in each of the past three games. 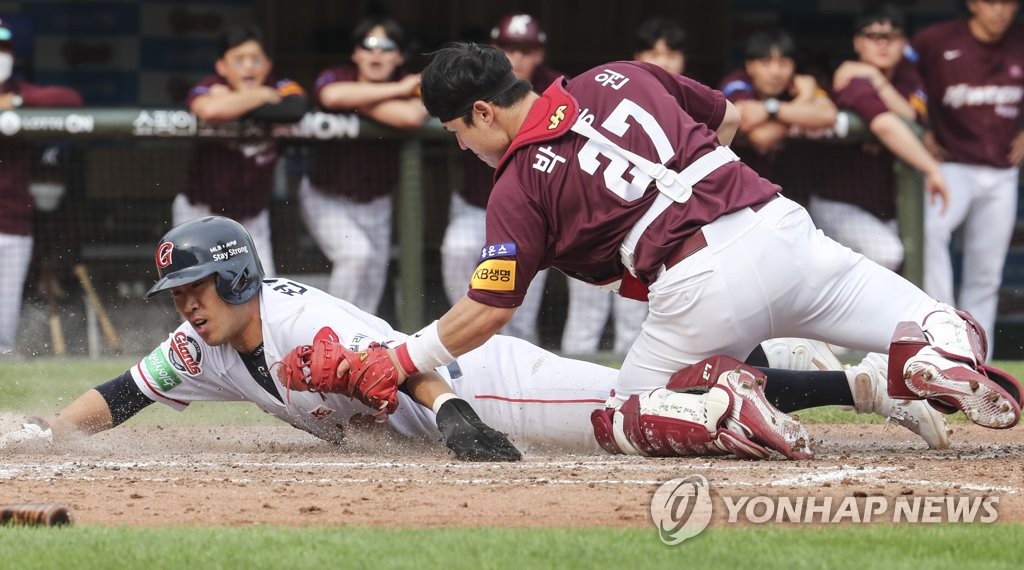 The Giants' saving grace has been their relief pitching, which has kept the team above .500 at 10-9 despite the lack of offense. Though they've had trouble building leads, the Giants' bullpen is strong enough that they should be able to stay ahead in late innings.

They enjoyed back-to-back shutout victories last Sunday and Tuesday, beating the Kiwoom Heroes 2-0 and then the Lions 1-0.

Park Jin-hyung, who worked out of seventh-inning jams in both games, hasn't allowed a run in 7 2/3 innings across 10 appearances. Koo Seung-min has a 1.00 ERA in nine innings, an encouraging start to 2020 after posting a 6.25 ERA in 41 games last year.

Closer Kim Won-jung has recorded three saves while posting a 0.96 ERA in 9 1/3 innings.

Manager Her Mun-hoe has had an interesting usage pattern with Park and Koo, in particular. They've pitched almost exclusively with a lead. They've made only one appearance this season when the Giants were down by three or more runs. Instead of sending out his best relievers in those situations, so that they can keep the team in the game and let batters mount a comeback, Her has saved those arms for when his team had the lead.

It's just that they haven't held the lead all that much lately. 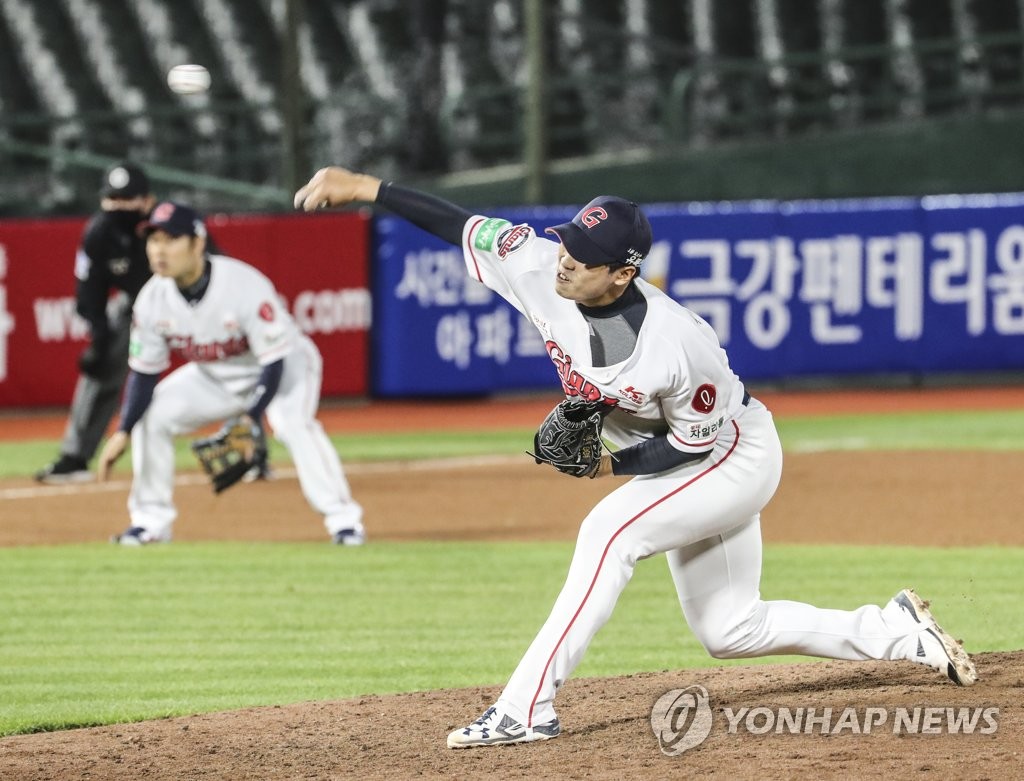