SUWON, South Korea, May 28 (Yonhap) -- KT Wiz's outfielder Bae Jung-dae has been regarded as a glove-first player in his Korea Baseball Organization (KBO) career. But this year, his fifth as a pro, Bae is making some noise with his bat.

After extending his hitting streak to 12 games in Wednesday's game against the Kia Tigers, Bae said he's stepping up to the plate with much more confidence than before.

"I keep reminding myself that I can get a hit against any pitcher on the mound," Bae added. 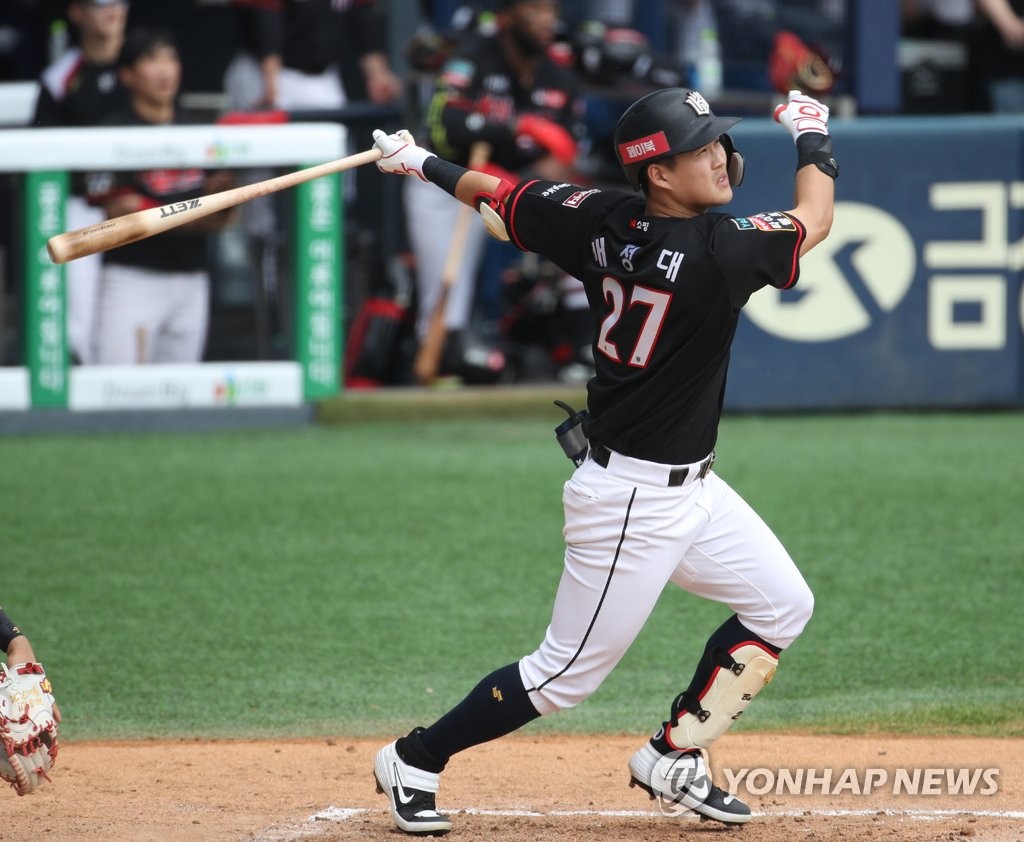 Bae, 24, was the third overall pick by the LG Twins in the 2014 draft, but he never suited up for that club, as the Wiz selected him in the expansion draft in 2015. He toiled on the bench in the first two seasons before serving his mandatory two years in the military. Things didn't get any better for Bae, who even changed his first name from Byung-ok to Jung-dae in July 2018 in hopes of better fortunes.

Bae remained stuck to the bench, never appearing in more than 66 games or 74 at-bats from 2015 to 2019. But manager Lee Kang-chul, long a fan of Bae's defense, named him his everyday center fielder for this season. And that has done wonders for Bae, who is on pace to shatter his previous mark for most games played.

"Up until this season, I never enjoyed any security, and negative thoughts kept creeping into my head," Bae said. "This year, my manager told me to just relax because he'd play me no matter what. I've become more optimistic and I think that has led to some positive results."

Bae said he feels he still has a lot more to show, adding, "I may not have much home run power but I'd like to hit more doubles and keep hitting well with runners in scoring position."

"I've always been confident in my defense, and I take so much pride in my fielding," Bae said. "When I make plays, it's all instinctive. My body just reacts to balls." 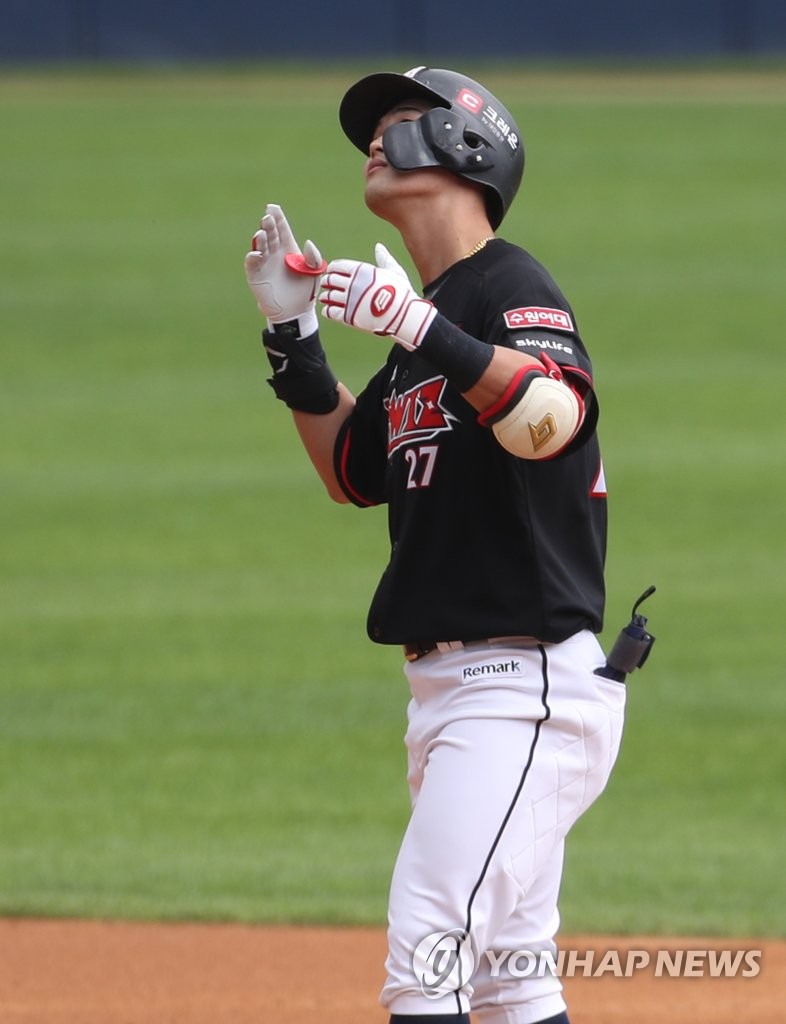 Such quick reaction also helped Bae on the base paths Wednesday. In the bottom of the seventh, Bae sprinted home from third base on a groundball to shortstop. As he took a head-first slide, Bae turned his body away from the tag of catcher Baik Yong-hwan at the last possible moment while touching the plate with his left hand to score the Wiz's fourth run.

"When the ball was hit, my body just took off on its own," Bae said. "I was lucky with the slide."