TAEAN, South Korea, May 28 (Yonhap) -- A group of eight people, not six as initially believed, sneaked into South Korea earlier this month after arriving along the west coast in a small motorboat from China, a probe found Thursday.

The apparent Chinese nationals landed in the coastal city of Taean, South Chungcheong Province, aboard the leisure boat in the morning of May 21. Six people disembarked from the six-seat boat and immediately left the beach area in a van that had been waiting for them, CCTV footage showed.

The local coast guard arrested a 43-year-old man in Mokpo, South Jeolla Province, on Tuesday, who said a total of eight people arrived in Taean together.

The boat left Weihai, a port city in the easternmost Chinese province of Shandong, at around 8 p.m. on May 20 and crossed the Yellow Sea to reach South Korea.

The suspect was quoted as saying that they came to South Korea for jobs. Seven others are still on the run.

The coast guard has apprehended a 45-year-old Chinese national, who had been illegally staying in South Korea, on charges of assisting them. 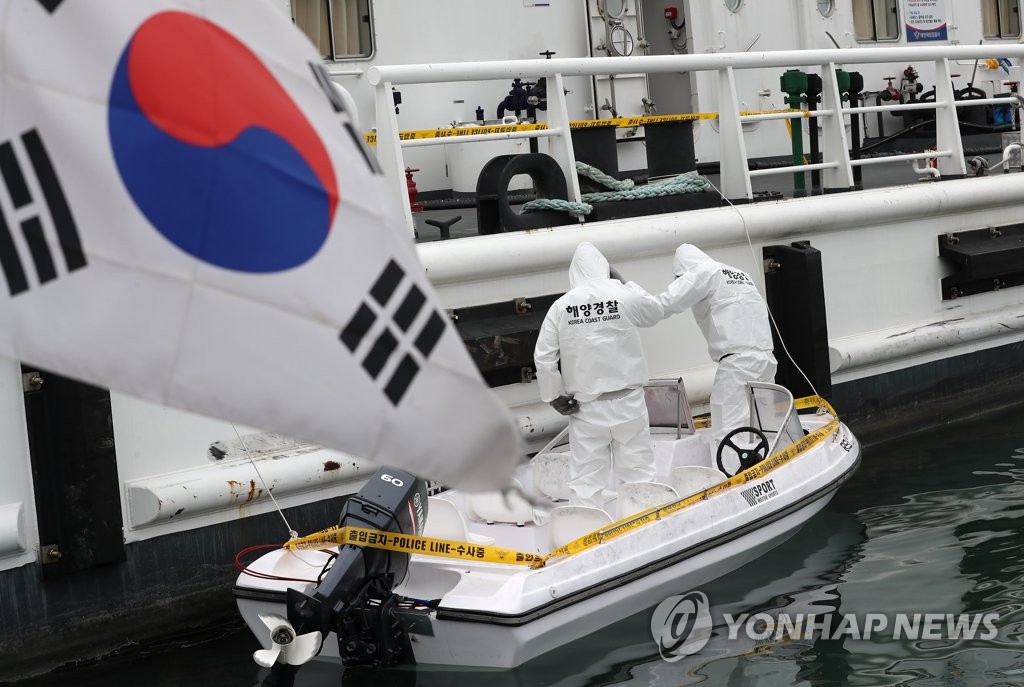