SEOUL, May 28 (Yonhap) -- South Korea said Thursday that it will beef up quarantine measures in the Seoul metropolitan area over the next two weeks to stem further spread of the new coronavirus in the densely populated area amid eased social distancing.

Under the measure, health authorities will apply a strong social distancing scheme in the capital city and surrounding areas through June 14.

Public facilities, including museums and art galleries in the region, will be shut down, with companies urged to adopt flexible work systems and follow quarantine rules.

Entertainment establishments such as bars and clubs in the metropolitan area will be strongly advised to close down over the period, according to Health Minister Park Neung-hoo. 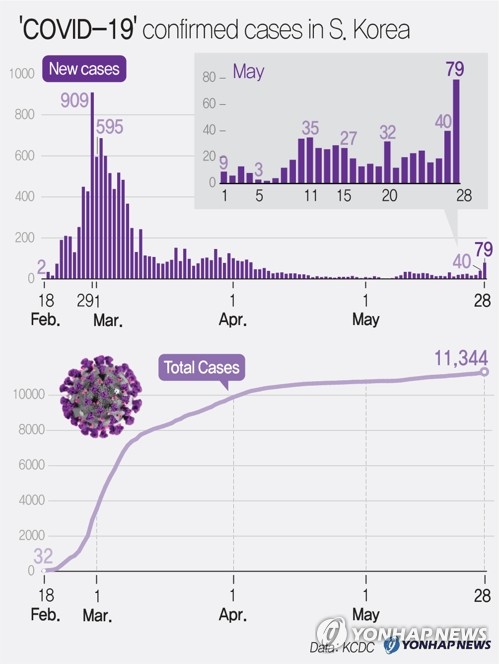 "If we fail to eradicate the spread of the virus in the metropolitan area at an early stage, it will lead to more community infections, eventually undermining school reopenings," Park said in a press briefing.

The decision came as the country reported a whopping 79 new cases of COVID-19 on Thursday, the most in nearly two months, sparking concerns over further community infections amid relaxed quarantine rules.

Most of newly identified cases have been traced to a distribution facility in Bucheon, just west of Seoul. So far, a total of 82 cases has been linked to the facility operated by e-commerce company Coupang, and more related cases are likely to come down the road.

The eased social distancing guidelines gave public facilities and business establishments the go-ahead to reopen under the condition they follow basic sanitation measures. 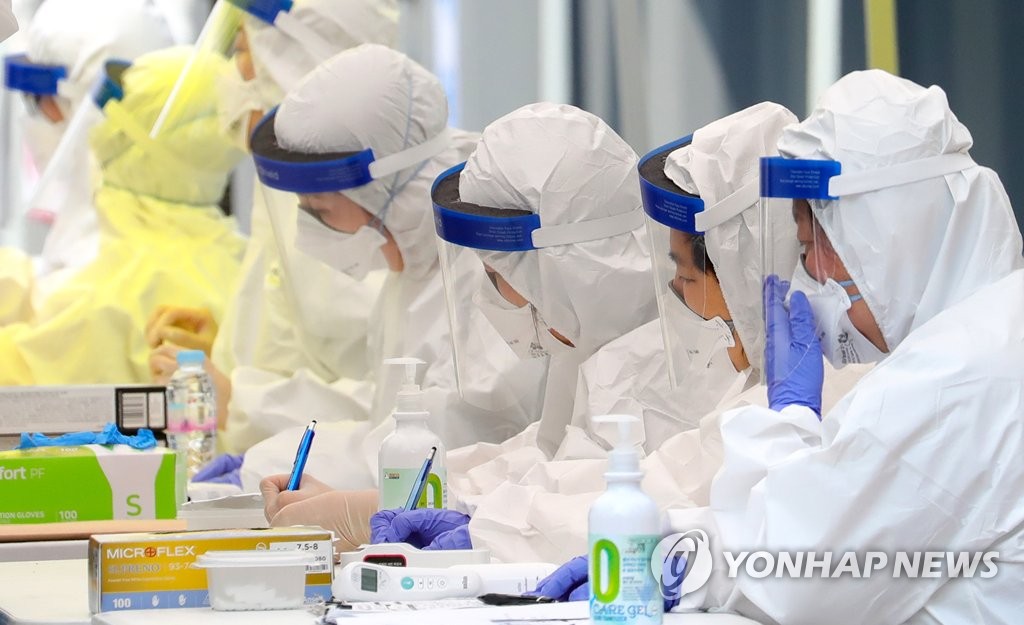 The reopening of schools, which was among the major concerns for health authorities, also began in phases this month. All students are supposed to return to classrooms by June 8, although the schedule is likely to be delayed for schools in regions with group infections.

After peaking at over 900 in late February, the country's virus curve had flattened, with daily new infections falling to just two cases early this month before a cluster infection tied to a nightlife district in Seoul.

As of Thursday, 261 cases have been linked to Itaewon clubs and bars.

Following cluster infections from Seoul's Itaewon district and the logistics center in Bucheon, however, there have been calls for the country to go back to its strict social distancing campaign that was enforced between March 22 and May 5.

Health authorities already have repeated that a second wave of virus outbreaks can come at any time, and it can go back to the strict scheme should the number of daily new infections hover above 50 over a certain period of time.