SEOUL, May 28 (Yonhap) -- The United Nations Command (UNC) said Thursday it joined the South Korean military in a training exercise this week to tackle illegal incursions into neutral waters of a Han River estuary.

The waterway along the inter-Korean western border has often been infiltrated by Chinese fishing boats, and the Marine Corps has carried out policing operations in cooperation with the U.S.-led UNC.

The three-day training exercise led by the Marine Corps and involving the Navy and Coast Guard focused on "knowledge sharing, discussions and live training" to develop and train "on responses to illegal incursions," the command said in a Facebook post.

Earlier this month, the Marine Corps launched the policing operation and removed two drift nets and eight buoys in the region, UNC said, adding that it notified North Korea of the operation.

The neutral zone was designated by the Armistice Agreement that halted the 1950-53 Korean War, and UNC enforces the agreement. 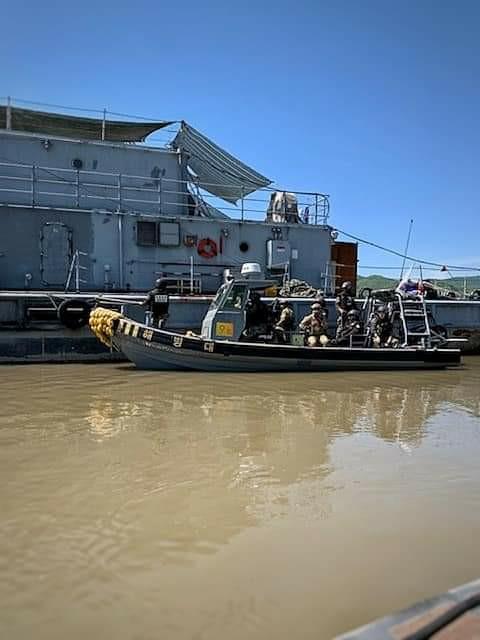