SEOUL, May 28 (Yonhap) -- It was in the fourth inning of his first career Korea Baseball Organization (KBO) start on Thursday that SK Wyverns' right-hander Lee Geun-wook noticed a lot of zeroes on the board.

He was working on a perfect game.

There has never been a perfect game in KBO's 38-year history, and it will have to wait at least another day, as Lee lost his bid with two outs in the fifth inning against the Doosan Bears. He gave up a double to Kim Jae-ho, with right fielder Jeong Jin-gi and center fielder Ro Soo-kwang barely avoiding a dangerous collision as they tried to keep the perfect game alive.

When the ball dropped for a hit, the first thought that crossed Lee's mind wasn't that of disappointment. 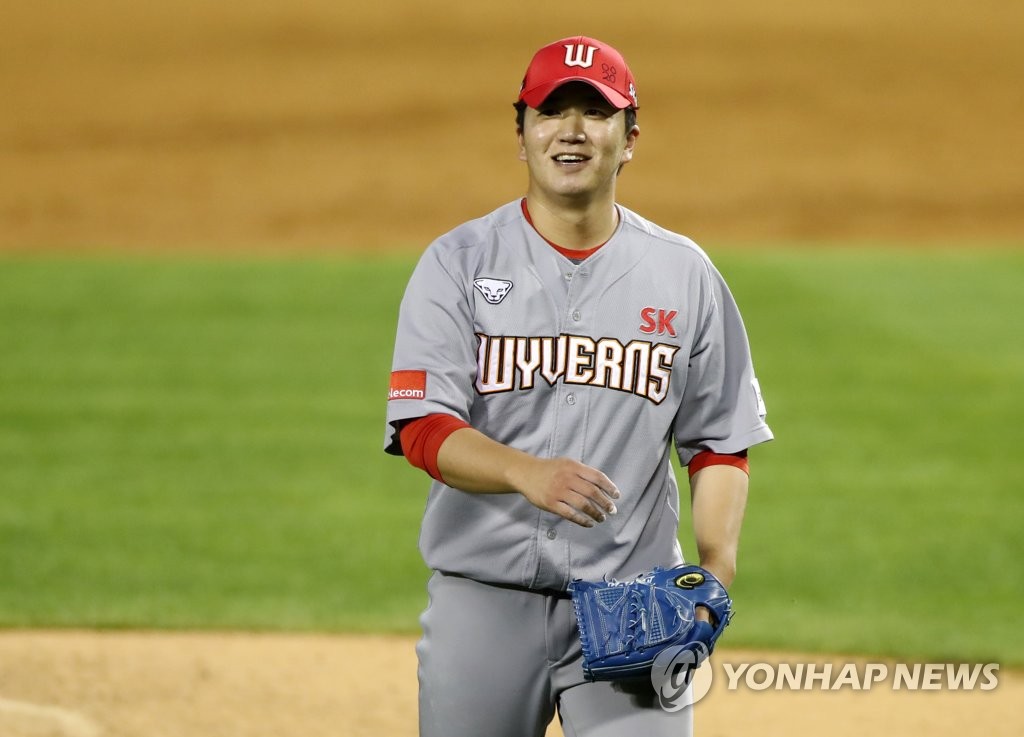 "I was just worried that my teammates were hurt," Lee said. "When I came into this game, I was just thinking about throwing three innings, and getting one hitter at a time. Then I saw those zeroes and realized I hadn't given up anything."

Though only 25, Lee speaks with the measured perspective of a seasoned veteran, for he's already dealt with much personal adversity with assorted injuries since getting drafted in 2014.

Six years have passed since that draft, but this was only Lee's sixth career appearance and first-ever start.

Once a highly touted prospect, Lee's biggest claim to fame was beating future major league two-way sensation Shohei Ohtani in a pitching duel at the U-18 Baseball World Cup in 2012. But after joining the pro ranks, the injury bug bit him hard, whether it was his pitching elbow or an ankle. He was limited to just one game in 2016 and two more in 2017, followed by two years of doing mandatory military service.

After the double that broke both the perfect game and no-hitter, Lee walked the next batter to get into a further jam, before pitching his way out of trouble.

"I was disappointed with myself after that walk, but everything else was just fine," Lee said of his own performance. 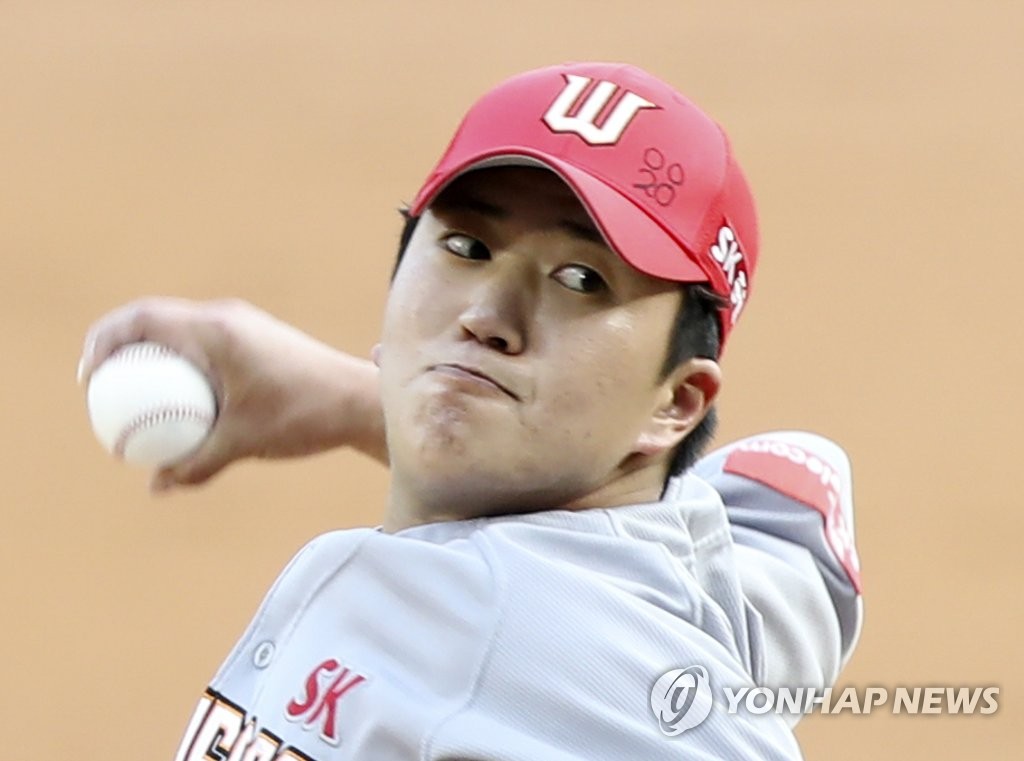 As for getting his first career win, Lee added, "I've been dreaming of this moment for all these years, but I just felt numb when the game ended."

Lee admitted missing so much time with injuries took its mental toll on him, and he thanked the Wyverns organization for sticking with him.

"I am grateful to be playing baseball at all," he said. "Now, I think it's time for me to earn my keep."

Once Kingham returns to the rotation, Lee may be pushed back to the bullpen. He said it doesn't matter where he pitches, as long as he can find ways to help the team that has stumbled to a 4-16 start.

"The most important thing for me is to stay healthy," Lee said. "It'd be nice to keep starting, but then I'd be pushing myself too hard and I may get hurt again. I just want to stay within myself."

With 1st KBO win in books, pitcher trying to put injury-plagued past behind

With 1st KBO win in books, pitcher trying to put injury-plagued past behind