SEOUL, May 29 (Yonhap) -- Several major musical productions starring high-profile stars are set to open next month, as the industry tries to grapple with a recent plummet in attendees due to the new coronavirus pandemic, according to organizers Friday.

The musical "Mozart!" a Korean adaptation of the German-language production of the same name, is spearheading the move, starting a run in Seoul from June 11-Aug. 9 at the Sejong Center for Performing Arts in central Seoul, according to the EMK Musical Co.

Thanks to its all-star cast, including Kim Jun-su, former member of K-pop boy band TVXQ, and star musical actress Kim So-hyun, "Mozart!" is expected to become one of the top picks among musical fans in South Korea. 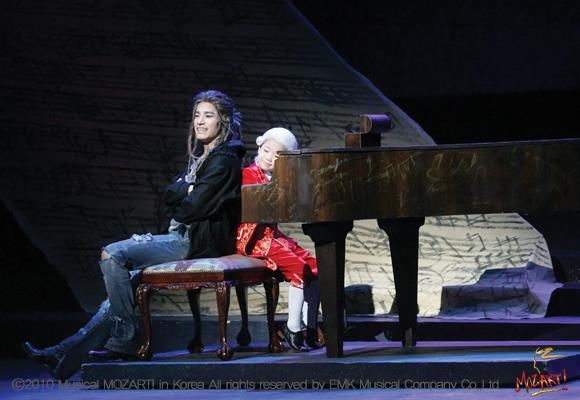 Previous Korean adaptations of the Tony Award-winning production "42nd Street" have proved to draw steady demand in South Korea since its premiere in 1996.

Alongside other industries, the South Korean performing arts industry at large too has taken severe blows from the COVID-19 pandemic.

Aggregate ticket sales of live performances, such as musicals, theaters productions and classical concerts, stood at 4.68 billion won (US$3.84 million) in April, falling steeply from the 38.6 billion-won sales figure in January.