SEOUL, May 29 (Yonhap) -- State-run museums, galleries and theaters in Seoul and its surrounding areas will suspend operations for two weeks due to a recent resurgence in new coronavirus cases linked to a logistics center in the metropolitan region, the government said Friday.

Four national performing arts theaters, including the National Theater of Korea, as well as seven state art companies, such as the Korean National Ballet, will also enter a two-week hiatus.

The closures came as the country has toughened quarantine guidelines on public facilities, amid a spike in new COVID-19 cases linked to an outbreak at a warehouse of e-commerce leader Coupang in Bucheon, Gyeonggi Province.

Nearly 100 people, including delivery workers and their contacts, have tested positive for the virus so far.

The ministry said the reopenings will be determined in accordance with the spread of the coronavirus in the capital area after two weeks.

Major public cultural institutions had been closed for more than two months since late February, as the South Korean government raised the virus alert to the highest level amid the initial surge in coronavirus cases. They reopened on May 6 after the government loosened intensive social distancing guidelines. 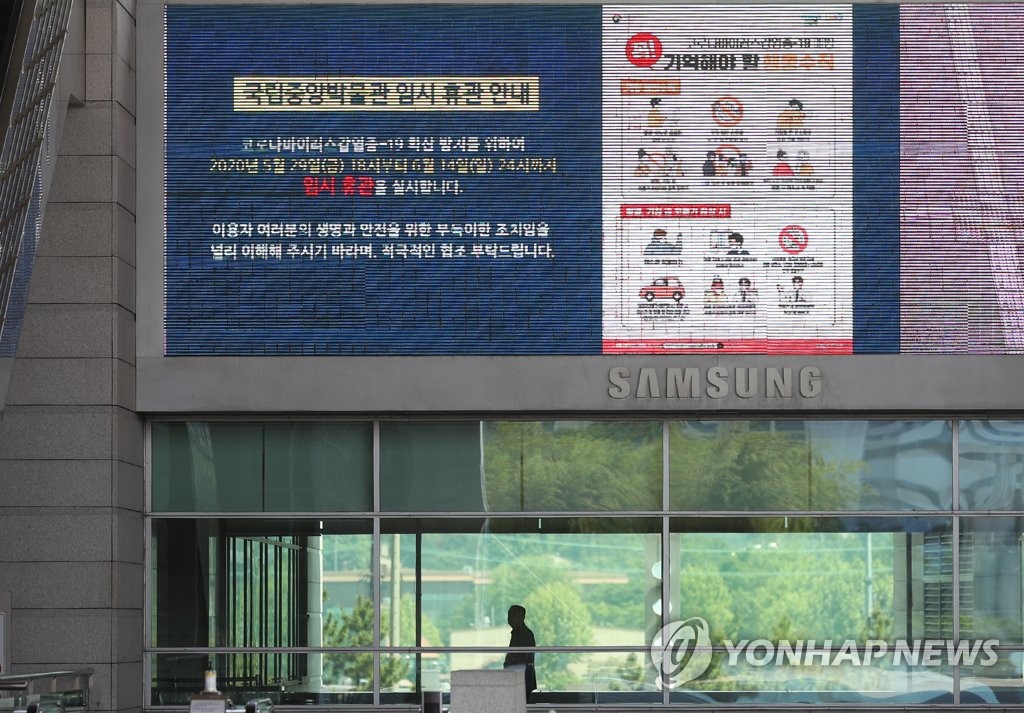