SEOUL, May 30 (Yonhap) -- South Korea's National Assembly kicked off its new four-year term Saturday amid the urgent task of containing the COVID-19 pandemic and curbing its economic fallout.

But public calls have grown for the rival parties to cooperate in handling pending issues.

"The 21st National Assembly kicks off with pressing tasks to overcome the national crisis and prepare for the post-corona (situation)," DP Chairman Lee Hae-chan said.

Among the foremost tasks is handling the government's push for a third round of supplementary budget to help minimize the economic impact from the coronavirus.

The two sides, however, have yet to reach a deal on the chairs of 18 standing committees at the parliament.

Another thorny issue is the opposition party's call for the resignation of Yoon Mee-hyang, a ruling party lawmaker under probe over allegations that she misused donations for the victims of Japan's sexual enslavement of Korean women during World War II. 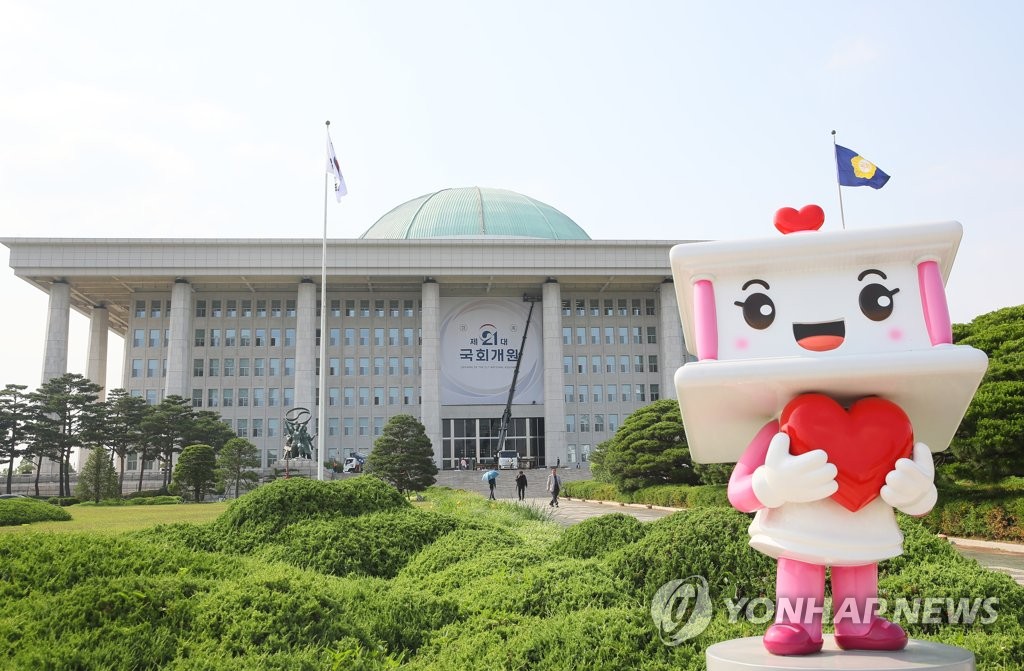