SEOUL, May 31 (Yonhap) -- Doubling down on a recent viral sensation surrounding one of his past obscure songs, K-pop singer Rain has formed a one-off K-pop team as part of a reality TV project.

The episode featured the trio discussing the group's concept and direction, as well as footage of the team performing past hit songs by the two K-pop stars.

The team, which could add more members down the line, plans to release a retro '90s or 2000s-style summer dance song in the near future.

The weekend prime time TV show centers around Yoo, one of the biggest celebrity comedians in South Korea, tackling various vocational projects, such as cooking and stage acting, in a reality TV format.

One of the biggest K-pop stars during the 2000s, Rain, who has experienced a career lull in recent years, has returned to the public spotlight amid a hate-watching boom towards the music video for his 2017 song "Gang."

The strange popularity of the video, which many describe as corny and out-of-touch, has led to an online movement called "one Gang a day," referring to the act of viewing the video on YouTube at least once a day.

The view count for the music video has recently surpassed the 10-million mark. It has also led to the creation and uploading of a vast number of parody videos on the internet. 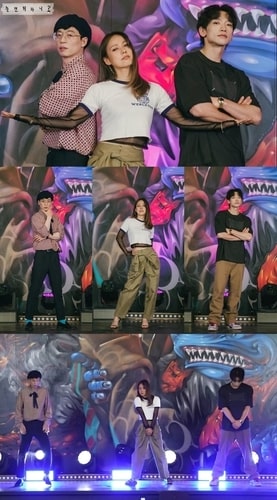