SEJONG, June 1 (Yonhap) -- South Korea will implement its economic policy in the second half of this year to revive the nation's economy, which has been significantly hurt by the coronavirus pandemic, and create more jobs, the finance ministry said Monday.

The economy is expected to grow 0.1 percent this year, a sharp cut from a 2.4 percent growth the ministry had predicted last December and would mark the lowest growth in about two decades, according to the ministry.

Still, the ministry's latest forecast is higher than projections by other agencies. Last week, the Bank of Korea predicted that the nation's economy would contract 0.2 percent this year.

South Korea has pledged stimulus packages worth 250 trillion won (US$202 billion), or 13 percent of its gross domestic product, to cushion the economic blow from the pandemic.

"Top priority will be given for a swift and strong economic recovery, while keeping an aggressive macroeconomic policy," the ministry said in a statement.

The ministry is set to unveil the third extra budget to minimize the economic fallout from the pandemic. If approved by the National Assembly, about 75 percent of the budget will be spent within three months, it said.

Exports, one of the major pillars for Asia's fourth-largest economy, are expected to fall 8 percent this year, while consumer prices are forecast to rise 0.4 percent, according to the ministry's latest forecast. 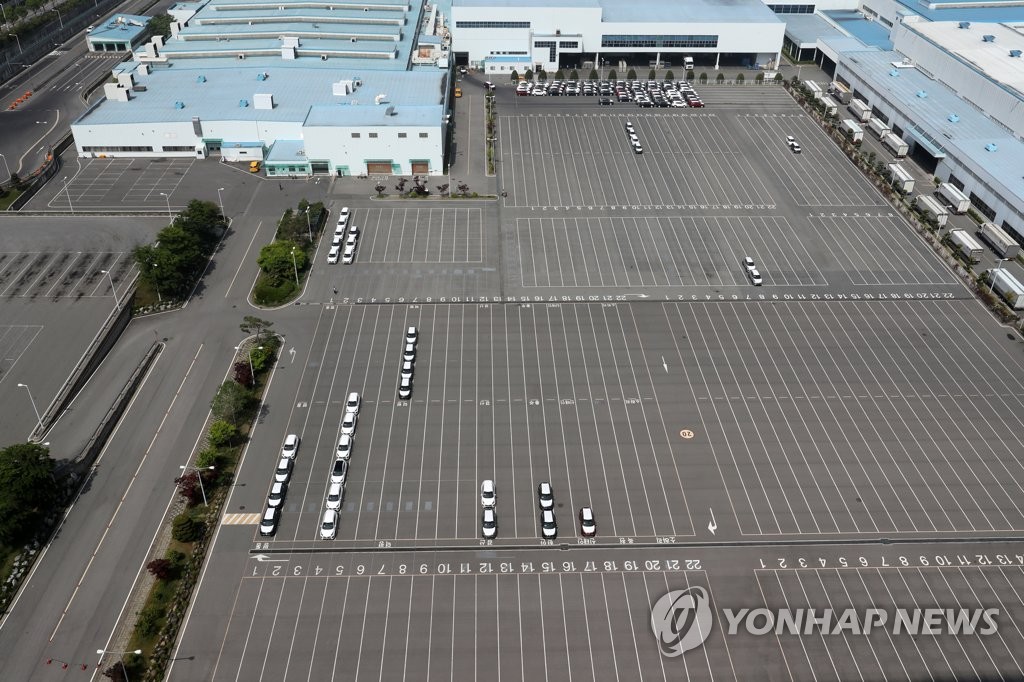 As part of measures to fuel an economic recovery through investment, the government will stick to its plan for 100 trillion-won investment projects, which will include large-scale projects by state-run firms, the ministry said.

As part of efforts to help their financing, the government will provide financial support worth more than 10 trillion won, including 4.5 trillion won worth of low-rate loans, for companies' facility investment.

To prop up companies in key industrial sectors, such as autos, shipbuilding and aviation, the government set up a fund of 40 trillion won.

In April, South Korea lost about 467,000 jobs, the sharpest monthly drop in more than 21 years, as the coronavirus pandemic pounded the local job market.

The government aims to create 1.56 million jobs in the public sector as the pandemic took a heavy toll on the job market.

About 1 million jobs in the public sector have not been allowed to resume to shore up the job market hurt by social distancing rules, but the government will soon grant such approval by easing some rules, the ministry said.

The government will also encourage public firms to create some 550,000 jobs for young people, it said.

In order to bolster private consumption, the government will hold nationwide shopping festivals on June 26 for two weeks.

The government will give free transportation tickets to some 20,000 people between June 20 and July 19 to promote tourism, the ministry said.

The consumption tax will be lowered by 70 percent for people who scrap their old cars and buy new ones.

As part of efforts to create new growth engines after the pandemic wanes, the government will push for a "Korean-version New Deal" project, which focuses on boosting state spending on artificial intelligence and fifth-generation telecommunication services.

The project will also include a "Green New Deal," which will promote the renewable energy industry and increase energy self-sufficiency. Efforts will be made for public facilities to use green technology.

The government will seek to boost innovative growth, which it claims will help the nation's economy secure its potential growth and sustainable expansion.

The finance ministry said it will also unveil a set of measures or strengthen existing ones to boost the country's low birthrate, which is deemed one of the key challenges to the Korean economy.