SEOUL, May 30 (Yonhap) -- South Korean duty-free operators said Saturday they will temporarily close some of their outlets in cities starting next month in line with a drastic fall in visitors amid the new coronavirus outbreak.

Industry leader Lotte Duty Free said it will suspend the operation of its outlet on the southern tourist island of Jeju starting Monday.

Since February, the company has reduced operating hours for the branch in the city on Jeju as it has suffered faltering revenue.

The resumption will depend on how the virus outbreak unfolds in the future, it added. 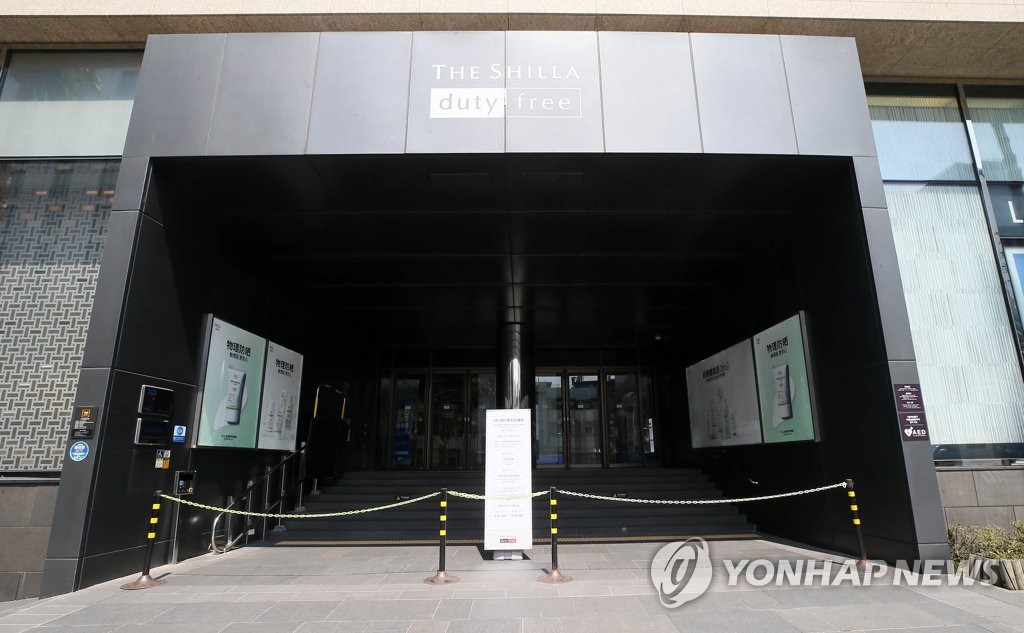 Another major duty-free operator, Hotel Shilla, also plans to close its duty-free store on the island for one month starting Monday.

Hotel Shilla's Jeju store has already been suspended during weekends and holidays, as the number of international flights to the island has sharply fallen amid air travel restrictions.

Duty-free shops in Jeju saw a boom in business due mainly to demand from foreign travelers, mostly from China, before the pandemic hit the country in late January.

The number of foreign tourists visiting the island declined 99.2 percent on-year to 1,159 in April, according to industry data.

Shinsegae Duty Free said it will close its branches in the posh district of Gangnam and in the southern port city of Busan every Sunday and Monday.

Hit by the virus outbreak, local duty-free operators have suspended the operations of their outlets at major airports either partially or wholly.

Duty-free operators to close outlets in cities amid virus pandemic

Duty-free operators to close outlets in cities amid virus pandemic