SEOUL, May 30 (Yonhap) -- It's not quite a month since Lotte Giants' pitcher Adrian Sampson lost his father, David, to cancer, and the new American right-hander in the Korea Baseball Organization (KBO) is still struggling to process the tragic loss, despite his claims otherwise.

Speaking to South Korean reporters on Friday for the first time since his father's passing on May 3, the junior Sampson at first said talking about his late father would actually help him move on.

Within moments, though, Sampson was overcome with emotions. 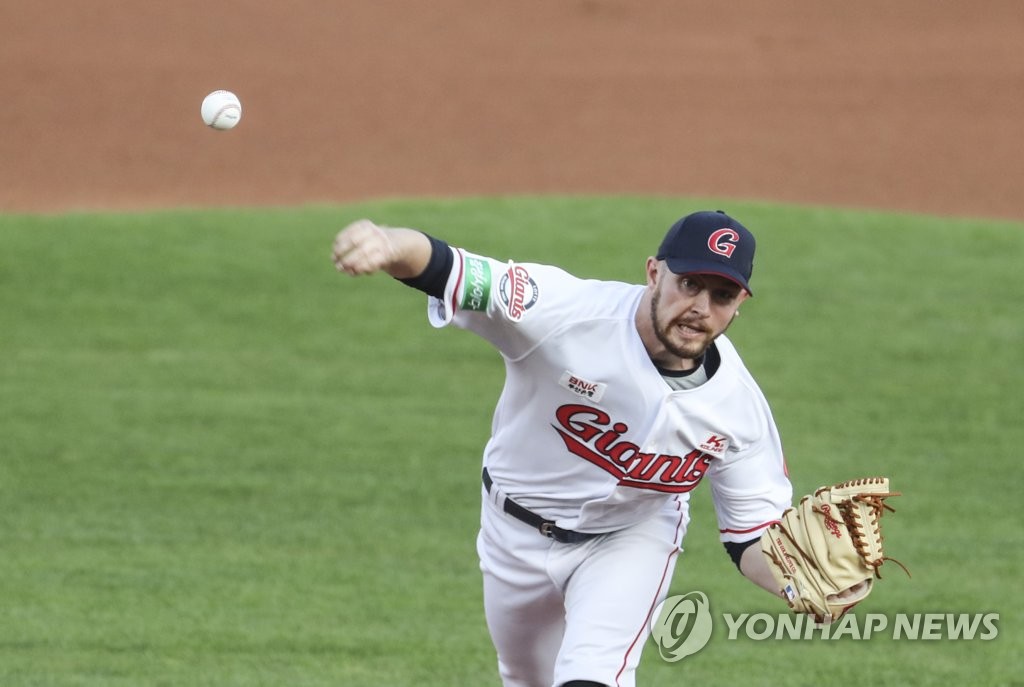 "He loved baseball. He loved watching me play," the former major leaguer said, his voice trembling. "It was the way my family connected."

Adrian's brother, Julian, also played professional baseball and spent four years in the Philadelphia Phillies system. Julian, two years older than Adrian, played his last game in independent ball in 2012, the same year that Adrian was drafted in the fifth round by the Pittsburgh Pirates.

David enjoyed watching his two boys in pro ball, and Adrian also described him as "just a good person."

"He worked hard, and he worked his whole life," Sampson said. "And he never complained about anything."

The Giants sent Sampson back home to Seattle so he could be with his ailing father. After his father passed away, Sampson returned to South Korea to rejoin the Giants soon after the funeral. He was in South Korea on May 7.

Sampson didn't give himself much time to grieve the loss with the rest of his family. But knowing that he had to be quarantined for two weeks upon arriving back in South Korea, in accordance with the government mandate here, Sampson decided he might as well return soon and try to put the tragedy behind him.

"I could've stayed there longer. But the longer I stayed home, the longer it'd take for me to get back," Sampson said. "There wasn't much else I could do at home. I could sit there and be sad. But getting back to baseball was what I wanted to do. That was the best treatment for me." 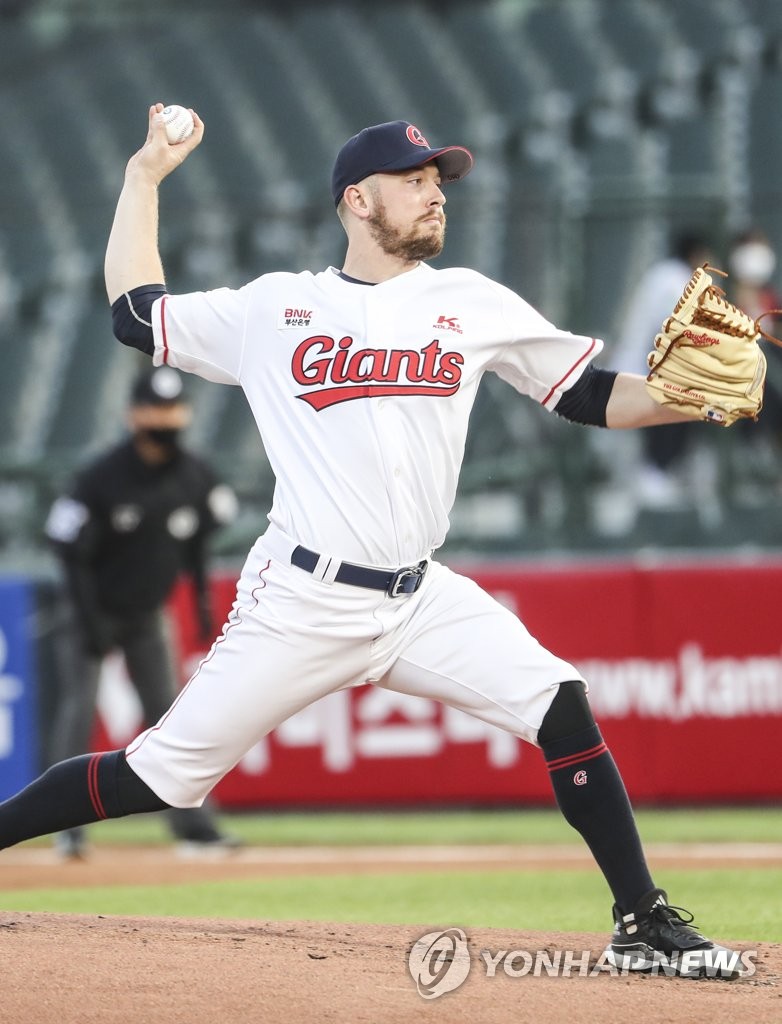 After his two weeks were up, Sampson returned to the Giants' rotation for Thursday's game against the Samsung Lions. He was charged with the loss in a 3-1 defeat, after allowing two runs on three hits in 3 1/3 innings. In an abbreviated start, Sampson made 59 pitches.

As Sampson tries to get stretched out for a normal, fuller workload, the process was more important to him than the result.

"I only got on the mound a few times since I came out of quarantine. My expectations were a little low," he said. "Off the bat, the command was there. I was able to locate all three pitches. The first inning couldn't have gone any better with three strikeouts. Overall, I was pretty happy with it."

Sampson, who has 41 big league games to his credit, said he noticed "very good hand-eye coordination" among KBO hitters.

"They don't strike out a whole lot. They put the ball in play with two strikes," Sampson said. "When they want to, they can hit with power."

Sampson said his goal is to keep increasing his workload by 20 pitches until he can start pitching without restriction.

For him, the challenge this spring has been more mental than physical. 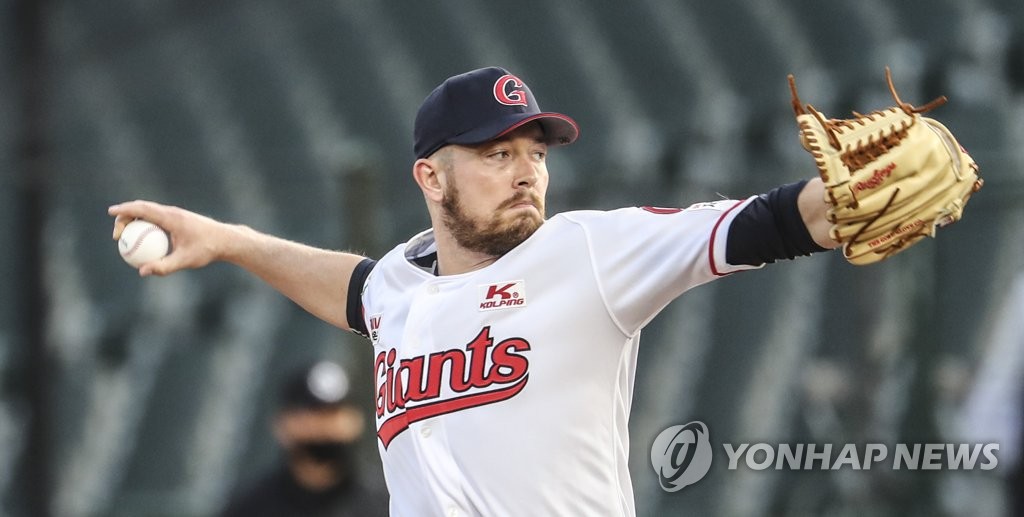 "Just coming back from America, the quarantine process was hard," he said. "But it was necessary to quarantine right now. I think Korea is doing a very good job of having this mandatory quarantine. That's why we're able to play baseball right now."

In Sampson's absence, the Giants roared out of the gate by winning their first five games of the season. They have come down to earth, and following a 4-2 loss to the Doosan Bears on Friday, they are 10-11.

Sampson said the Giants have to start playing for each other again.

"We went 5-0 and there was no pressure on one person. Everyone picked each other up," Sampson said. "I think, after that, people started putting more pressure on themselves and not trusting the guy next to them to pick them up. We lost our way a little bit. I think we need to get back to trusting one another and just take pressure off ourselves."