The Pyongsan Uranium Concentrate Plant, 45 kilometers from the demilitarized zone dividing the Koreas, is critical because it is the only known source of material used for production of highly enriched uranium for North Korea's nuclear weapons program, the Center for Strategic and International Studies said in a preview of a report to be published next month.

It said that based on activity observed in the March 22 images, the plant is "highly likely to remain active for the foreseeable future."

According to CSIS, the facility has produced uranium concentrate, or yellowcake, since the mid-1990s and holds significance for the North Korean leadership and the country's nuclear weapons program.

That, it said, "is attested to by the fact that scarce human and financial resources have been consistently allocated to actively maintain, refurbish or modernize the plant since 2003, and probably since its construction."

The plant's "production tempo" has varied depending on the needs of the North's nuclear programs, maintenance and modernization work, the operational status of its reactors and gas centrifuge plants, as well as the availability of electricity, but it has "proceeded relatively steadily," according to the think tank.

The report comes as nuclear negotiations between the U.S. and North Korea have stalled for over a year due to differences over the scope of North Korea's denuclearization and U.S. concessions, including sanctions relief.

"While it is unclear if the subject came up during the abortive February 27–28, 2019 Hanoi Summit," CSIS said, referring to the second meeting between U.S. President Donald Trump and North Korean leader Kim Jong-un, "the dismantlement of the Pyongsan Uranium Concentrate Plant should be an essential component to any meaningful future 'complete, verifiable, irreversible dismantlement' nuclear agreement between the United States and North Korea." 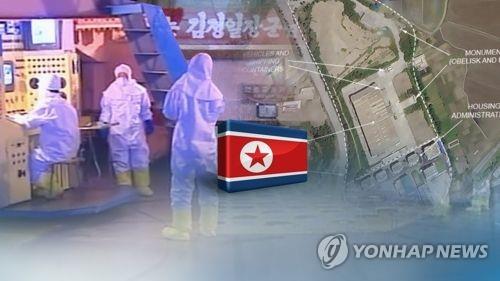