WASHINGTON, May 29 (Yonhap) -- An unidentified object is visible in recent satellite imagery of a North Korean shipyard where construction of a new ballistic missile submarine is under way, a U.S. monitor said Friday.

The linear object is approximately 16 meters long and situated on the quay of the secure boat basin at the Sinpo shipyard on North Korea's east coast, 38 North said, citing May 27 imagery.

"Its purpose is unknown, and there are no vehicles or equipment around it," the monitor said, noting that recent news reports have indicated South Korean intelligence is looking closely at the shipyard for the possible launch of a new ballistic missile submarine.

The report it pointed to was a recent Yonhap News Agency story about the next steps North Korea could take to bolster its nuclear deterrence, a topic discussed during a Central Military Commission meeting presided over by North Korean leader Kim Jong-un over the weekend.

38 North said "no notable activity" has been observed at the construction and finishing halls or their associated parts yard.

"While the awning at the secure boat basin obscures whether or not a submarine is berthed there, the submersible barge is partially visible," it added. 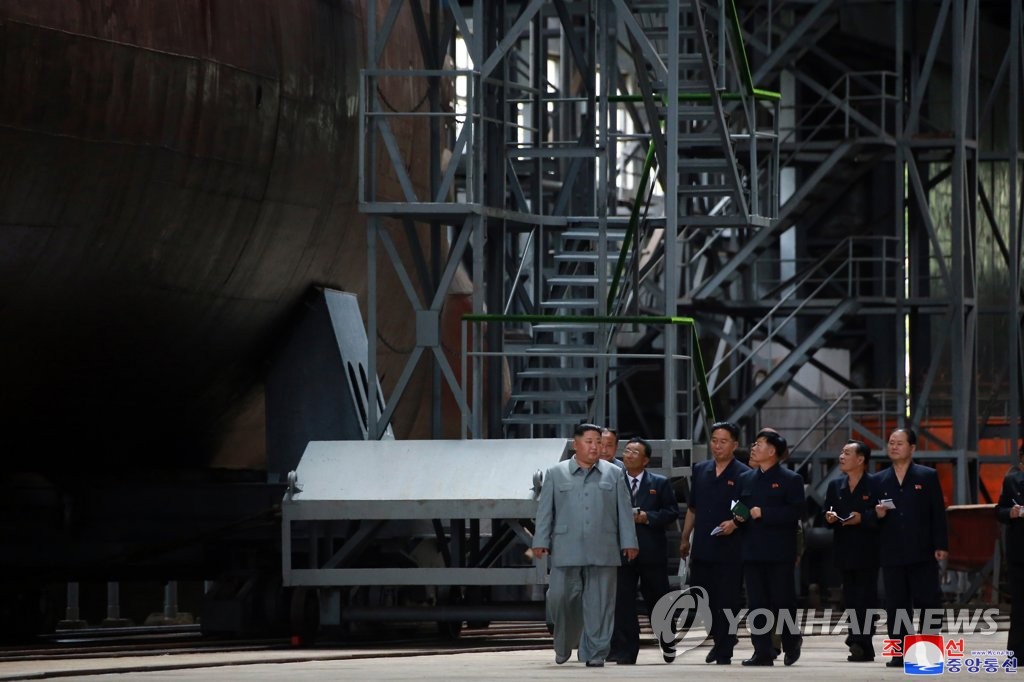