The country logged 39 additional COVID-19 cases, down 19 from the previous day, bringing the total caseload to 11,441, according to the Korea Centers for Disease Control and Prevention (KCDC).

The latest tally marked a drop from the nearly two-month high of 79 on Thursday. But the authorities remained on high alert amid concerns recent bouts of infections could hamper efforts to return to normal after months of the grueling fight against the pandemic that has disrupted daily life and dented economic growth.

In a renewed plea for public cooperation, KCDC Deputy Director Kwon Joon-wook said that the next two weeks will be a "crucial juncture" in flattening the infection curve.

"We need to take greater caution, particularly in the densely populated Seoul metropolitan area," he told a regular press briefing.

"When the scale of COVID-19 infections grows, the virus could infiltrate medical, welfare and religious facilities where there are many vulnerable classes of people," he added.

He also said that there could "inevitably" be long-term restrictions imposed on operations of facilities that have not properly practiced everyday social distancing.

The slowdown in new infections appears to be attributable to the health and quarantine officials' aggressive campaign to stop the spread of infections from a distribution center of e-commerce leader Coupang in Bucheon.

As of 11 a.m. Saturday, the number of virus cases traced to the Coupang center was 108, an increase of six from a day earlier, the KCDC said, urging citizens to avoid large crowds and outdoor activities over the weekend.

All of the 108 cases were confirmed in Seoul and its surrounding areas. Of them, 73 patients are employees of the center with the remainder being people that came into close contact with them.

The number of infections linked to Itaewon clubs reached 269 as of noon Saturday, up three from the previous day, according to the KCDC.

"We are conducting tests on and putting into self-quarantine all the employees who have worked at the logistics center since May 12," Kwon said.

Despite the slowdown, the health authorities remain wary of additional transmission, as a high-school third grader in the southeastern city of Busan was confirmed to have contracted the virus on Friday, the first case since schools recently started phased reopenings. 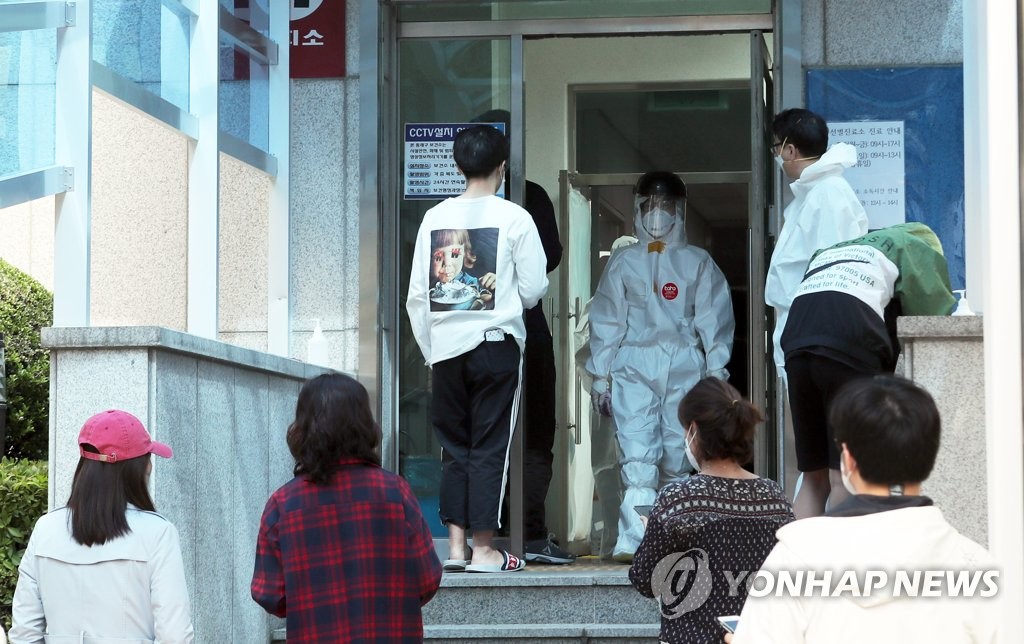