SEOUL, May 30 (Yonhap) -- The temperature in Seoul hit a record high for this year on Saturday, with the mercury topping 30 C in some parts of the capital and surrounding areas.

The average temperature in Seoul touched 29.9 C as of 4 p.m., compared with the previous yearly high of 27.6 C on Friday, according to the Korea Meteorological Administration (KMA). This is more than 4 C higher than the 30-year average of 25.3 C on May 30.

The temperature was especially high in some parts of the metropolitan area, such as 32.1 C in the southern Seoul neighborhood of Sadang and 31.9 C in Goyang, northwest of the capital.

"Clear weather was seen in the central region due to the influence of a migratory anticyclone in the East Sea ... the temperature rose to 30 C as heat accumulated due to hot sunlight," a KMA official said.

But the weather in the southern region stayed relatively cool, with the temperature in the southwestern city of Gwangju reaching 26.1 C and the southeastern port city of Busan at 22 C.

The weather agency forecast daytime temperatures to peak at over 30 C next week.

"There are likely to be many places in the southern inland area where the temperature will exceed 30 C. Some inland areas in North Gyeongsang Province are forecast to be very hot, with the mercury reaching around 32 C," the KMA said. 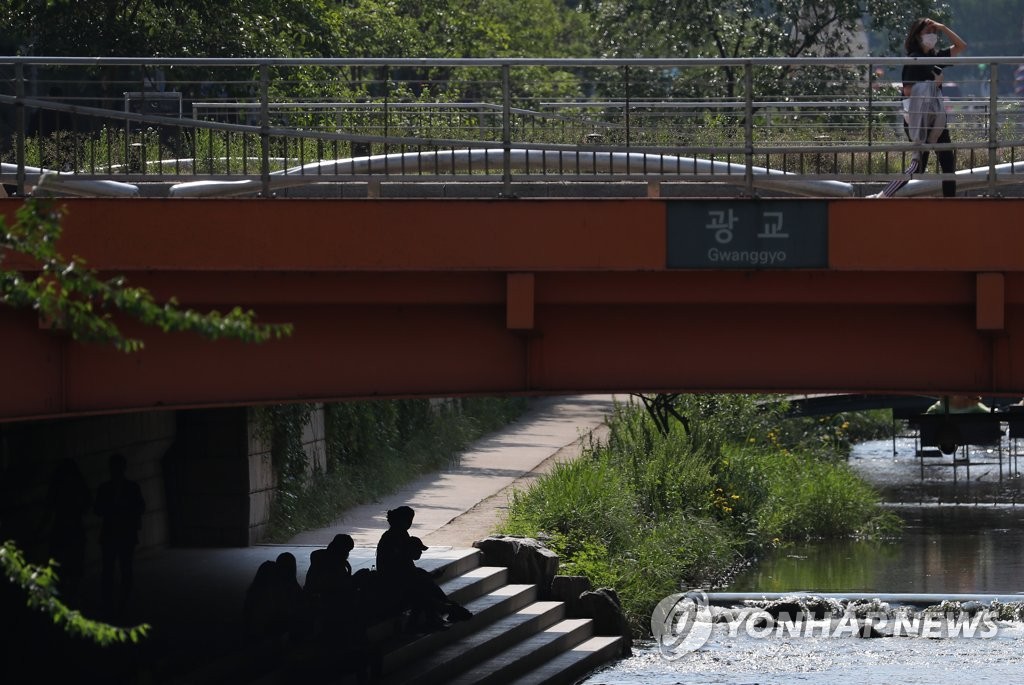