WASHINGTON/SEOUL, May 31 (Yonhap) -- U.S. President Donald Trump said Saturday that he plans to invite South Korea to a Group of Seven summit in September.

"We want Australia. We want India. We want South Korea. And what do we have? That's a nice group of countries right there," he told reporters on Air Force One, according to a pool report. He also listed Russia.

Trump said he feels the G7 doesn't properly represent what is happening in the world and that with the additions it could become a "G10 or G11."

"It's a very outdated group of countries," he said of the G7, adding that he has "roughly" discussed the new idea with the leaders of the four countries he would like to add.

Trump, who previously suggested hosting the summit at Camp David in June, said the meeting could be postponed until the weekend before or after the U.N. General Assembly in New York, currently scheduled to begin Sept. 15.

"Maybe I'll do it after the election," he mused, referring to the U.S. presidential election in November. "I think a good time would be before the election." 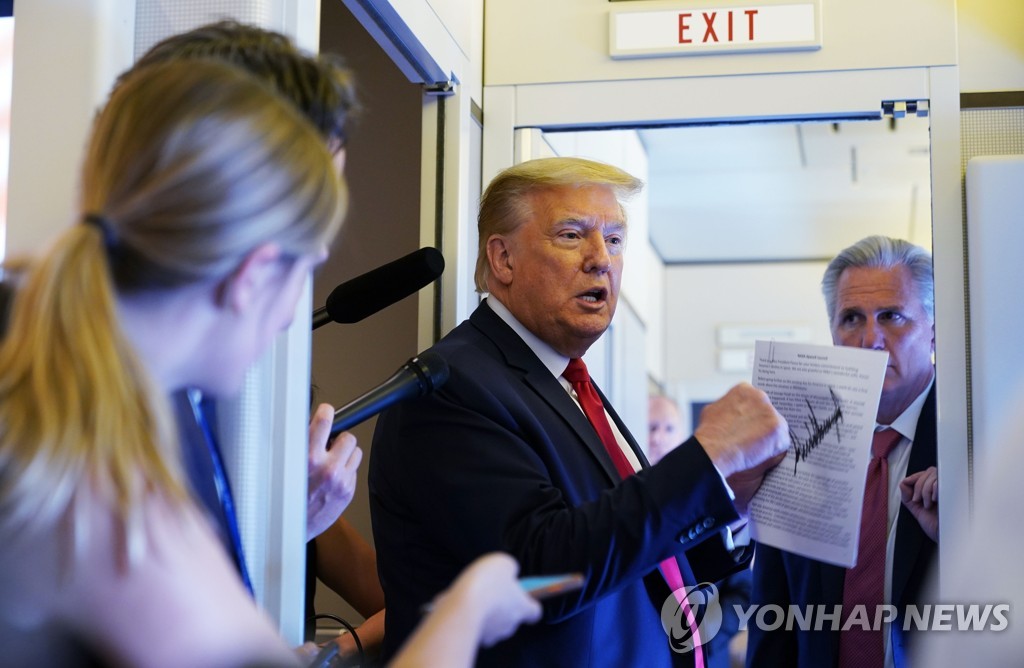 White House spokeswoman Alyssa Farah said that the meeting will bring together traditional U.S. allies to talk about how to deal with the future of China, the pool report said.

In Seoul, a foreign ministry official said that the country has not yet received an invitation.

"As this year's chair, the U.S. can invite South Korea, but we've not yet received an invitation or heard from the U.S. about it," the official said.

The proposed invitation underlines South Korea's raised international profile, especially in the wake of the coronavirus pandemic, and could lead to the forming of a new G11 group that could give Seoul diplomatic opportunities to take the lead on global issues.

However, such an expansion could present complications for South Korea's diplomacy, if the U.S. tries to use the enlarged group to rally support for its campaign to increase pressure on China, amid intensifying tensions between the two superpowers.