SEOUL, May 31 (Yonhap) -- Japan has not responded to South Korea's renewed call to swiftly retract export restrictions imposed in a row over wartime forced labor, officials here said Sunday, as the deadline for an answer neared.

Earlier this month, Seoul gave Tokyo until the end of May to lift the export curbs imposed in July last year on three key industrial materials in apparent retaliation over a row surrounding the wartime forced labor. Japan also removed South Korea from its list of trusted partners.

"We have been opening dialogue channels even on weekends," said an official from Seoul's trade ministry, who added South Korea will wait until midnight for Japan's answer. "At this point, we do not know whether Japan will respond or not, and what it is going to say." 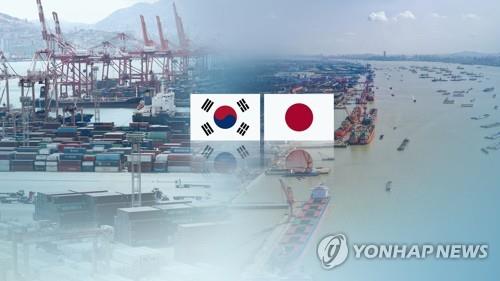 Industry observers said it is unlikely that Japan will drastically change its stance at a time when the forced labor row showed no signs of resolution.

If Japan does not come up with a positive response, experts predicted that South Korea may resume its complaint process at the World Trade Organization (WTO).

Hoping for a breakthrough, South Korea in November decided to suspend its lawsuit filed with the WTO and conditionally put off the termination of the General Security of Military Information Agreement (GSOMIA) with Japan.

In December, Tokyo partially lifted curbs on exports to South Korea of photoresist in an apparent goodwill gesture ahead of their summit.

Experts said if Japan persists with its trade curbs, South Korea may ask the WTO to open a panel. Under the organization's rules, the WTO Dispute Settlement Body can open up a panel to look further into the case, when the two sides fail to reach an agreement.

South Korea could again come up with an option of withdrawing from military information sharing pact of GSOMIA, but experts said that is not likely, considering that it caused a strong objection and criticism from the United States.

Japan has been claiming that the GSOMIA issue is separate from the export restrictions.

"We will first have to check Japan's response, and then make our moves after analyzing situations comprehensively," a government official said.