"Scientists in relevant fields of the DPRK made scientific proof of its geological features and world value through scores of years-long survey and research," the North's official Korean Central News Agency said, stressing the mountain's rich biodiversity and geological significance.

A geopark is an area with geological heritage of international significance designated by UNESCO.

Following the decision by the North Korean National Commission for UNESCO to enlist the Mount Paekdu area as a global geopark in 2018, the North submitted an application to the U.N. body the following year, the report said.

The application for Mount Paekdu is currently under examination by UNESCO, it added.

Mount Paekdu is propagandized in the country as the birthplace of North Korean founding leader Kim Il-sung, a claim that is widely disputed by outside experts. 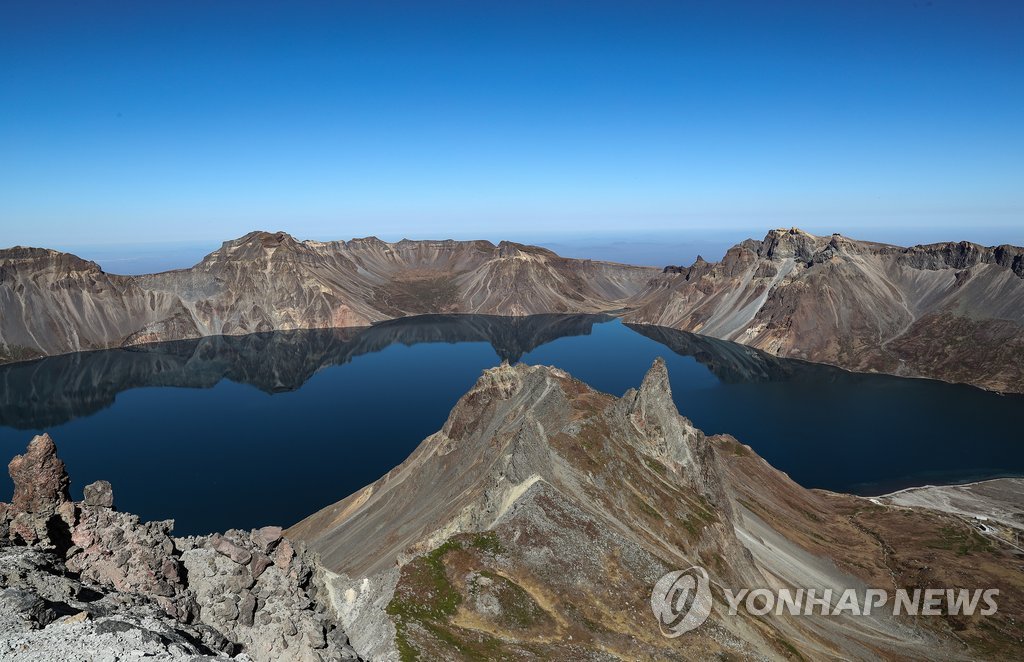