SEOUL, May 31 (Yonhap) -- South Korea has not received an invitation to a Group of Seven summit from the United States but will discuss the matter with Washington, an official from the presidential office Cheong Wa Dae said Sunday.

U.S. President Donald Trump, the chair of this year's G-7 members, said Saturday (U.S. time) that he plans to invite South Korea to a G-7 summit meeting rescheduled for September, along with the non-G-7 countries of India, Australia and Russia.

The summit of leaders from Canada, France, Germany, Italy, Japan, Britain and the U.S. was originally to take place in March but has been postponed for months due to the COVID-19 pandemic.

"That's what we will discuss with the U.S. side," a Cheong Wa Dae official told reporters, adding that he is now aware of President Trump's invitation. "But we've not been notified of the request in advance."

The U.S. invitation and the possible forming of a new G-11 group coincide with heightening tensions between Washington and Beijing as the former blames the latter for the coronavirus pandemic and the crackdown on the civil movement in Hong Kong.

It will highlight South Korea's upgraded international reputation for successfully handling the coronavirus infection, but could also present complications for South Korea's diplomacy if the U.S. tries to use such a forum to increase pressure on China. 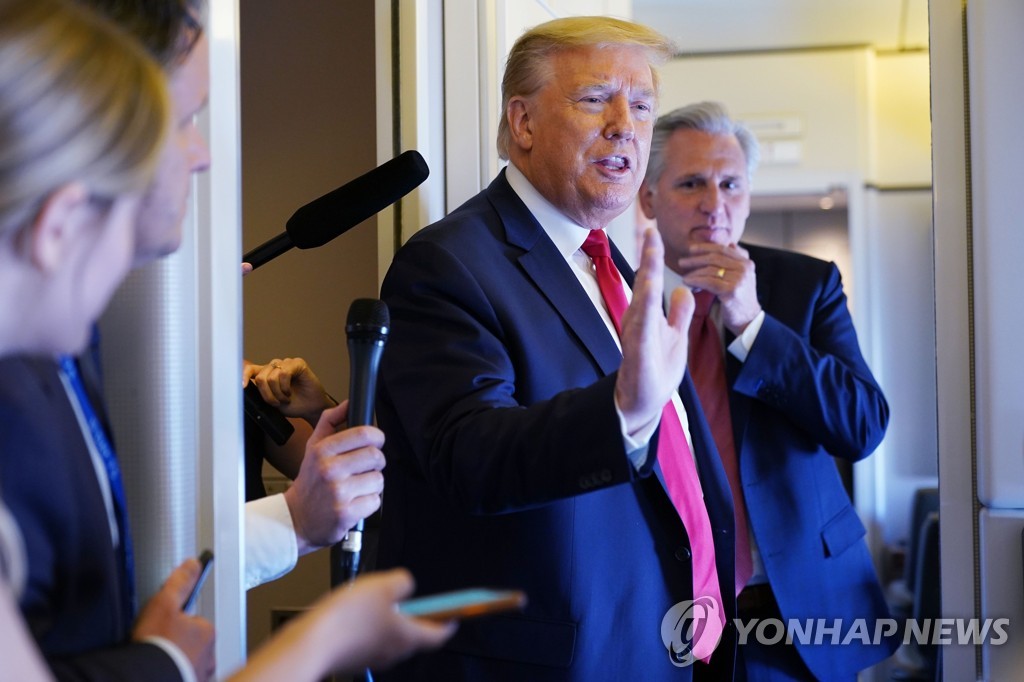