In yet another alarming sign of further spread in the Seoul metropolitan area, 23 cases have been traced to 13 small churches in Incheon, west of Seoul, and Gyeonggi Province that surrounds the capital.

Health authorities are again awakened by a steady rise in new cases connected to religious gatherings where worshipers gather without fully complying with hygiene steps.

The Gyeonggi provincial government ordered citizens not to gather at infection-prone facilities, such as warehouses, call centers, and funeral and wedding halls, for two weeks until June 24. 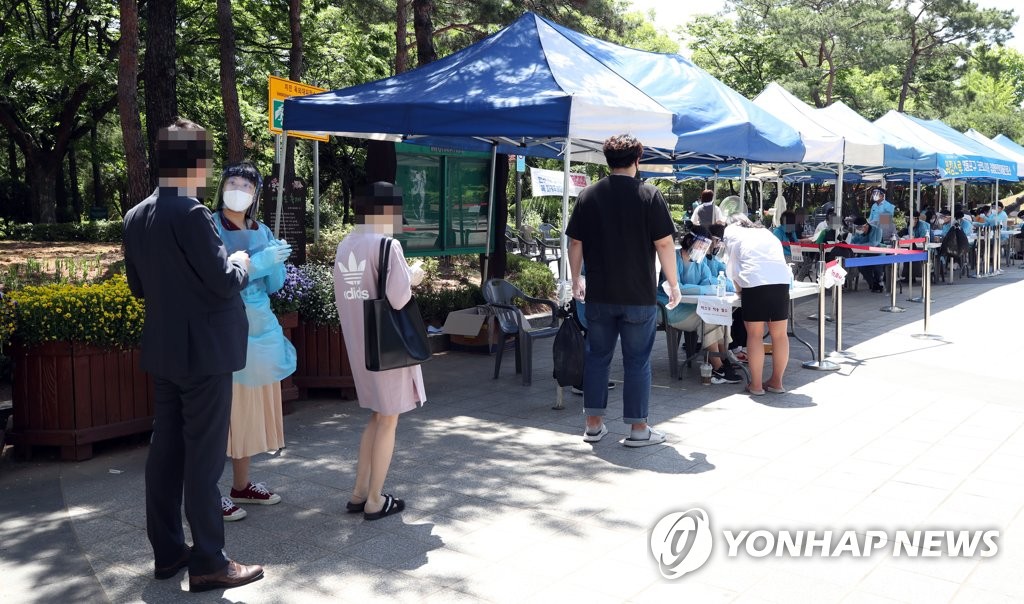 The country added five imported cases and reported one additional death, raising the total death toll to 271. The fatality rate was 2.36 percent.