WASHINGTON, May 31 (Yonhap) -- U.S. Secretary of State Mike Pompeo said Sunday that South Korea and other allies can be "good partners" in efforts to safeguard Western values from Chinese threats.

His remarks on Sunday (U.S. time) appear aimed at reinforcing Washington's call for other countries to join its China-bashing campaign, a day after U.S. President Donald Trump said he plans to invite Seoul to a Group of Seven summit in September.

"With respect to the Chinese Communist Party's military advances, they are real ... Indeed, we can be good partners with our allies from India, from Australia, from South Korea, from Japan, from Brazil, from Europe, all around the world," Pompeo said in an interview with Fox News.

"We can be good partners alongside them and ensure that the next century remains a Western one modeled on the freedoms that we have here in the United States," he said.

On Saturday, Trump called the G-7 "a very outdated group of countries" and suggested the new group would be "G-10 or G-11". White House spokeswoman Alyssa Farah said later that the meeting would bring together allies to talk about how to deal with the future of China.

The Trump administration has accused China of causing the coronavirus pandemic by withholding information and blamed it for its push for security laws intended at tightening control on Hong Kong.

Such a move by Washington has flared up fresh concerns about Seoul falling into the pressure of having to walk a tightrope between the world's two major powers -- its traditional ally and its largest trade partner.

In the interview, Pompeo repeatedly described China's ruling Communist Party as "aggressive" and as an "authoritarian" regime that "views itself as intent upon the destruction of Western ideas, Western democracies and Western values."

Pompeo also claimed that European countries that had been reluctant to join the U.S.-led initiative to refrain from using Chinese tech giant Huawei Technologies Co. are starting to "recognize the risk" in light of the company's connection with the Chinese government.

"I think the people of Europe will come to see that along with the United States we can work together to build our economies, to protect our people and to keep the entire world in a place where the Chinese Communist Party does not dominate the next century," he said. 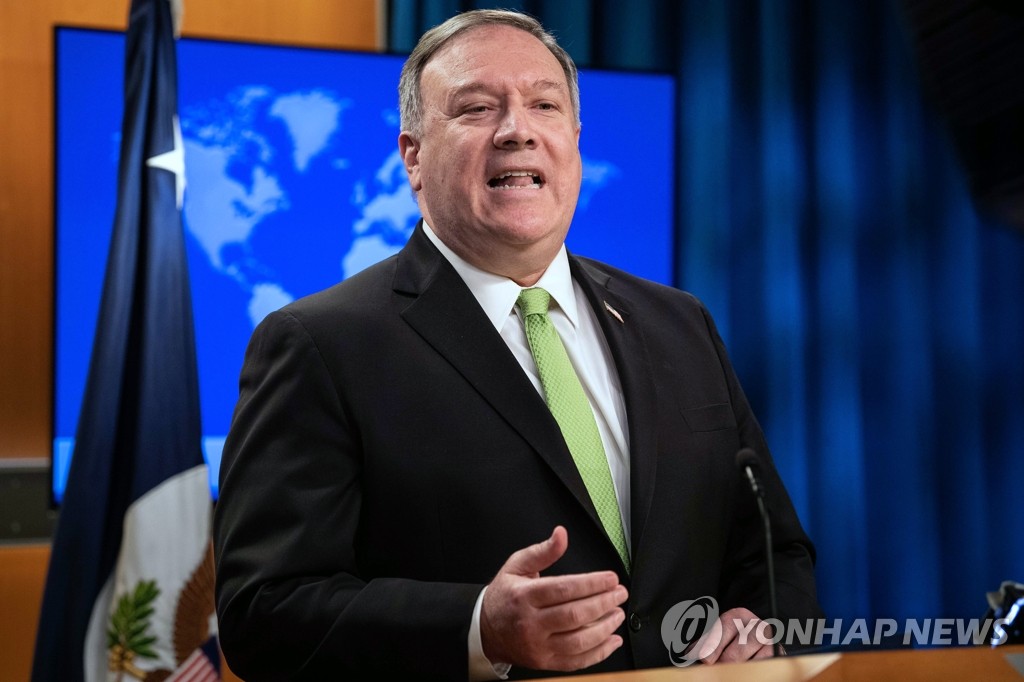