Under the plan, the government plans to test the digital entry registers at 19 facilities in Seoul, Incheon and Daejeon from Monday to Sunday before expanding the system across the country.

Visitors to the facilities would have to get an one-time QR code via smartphone apps and submit it to the venue. The venue manager would then scan the code and include it in a digital customer register. 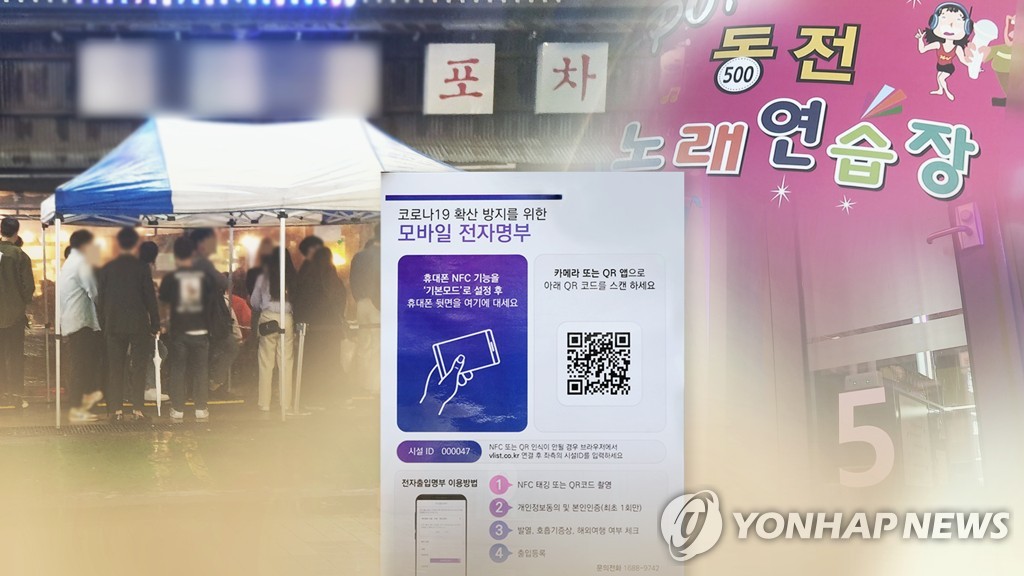 While the government has not released the names of the facilities, they are believed to consist of a range of venues, including churches, libraries, nightclubs, restaurants and karaoke facilities.