The affiliate of South Korean telecommunication firm KT Corp. recently expressed its intent to the Ministry of Science and ICT for a mobile virtual network operator (MVNO) business, according to the sources.

MVNOs refer to companies that rent infrastructure from major telecom firms and provide wireless service at a cheaper price. In South Korea, they are also known as "altteul" phone operators.

"If KT Skylife is to begin an altteul phone business, we need to think about whether it can create synergy for the entire market," an ICT ministry official said. "Since there have been controversies surrounding telecom companies alluring altteul phone users, we will look into the matter more thoroughly."

Industry insiders said KT Skylife is looking at the option of entering the MVNO market in the third quarter of the year and is currently working to recruit related workforces.

"We are currently in the process of assessing our business plan, so it is too early to speak in detail about the plan," a KT Skylife official said.

The move comes after the company has struggled to expand its presence in the local pay TV market in recent years. Sandwiched between internet protocol television (IPTV) operators and cable TV firms, KT Skylife's share in the pay TV market last year was 9.53 percent, down 1 percentage point from two years ago.

The company logged 167.9 billion won (US$136 million) in sales in the first quarter of the year, down 1.6 percent from a year earlier.

To turn the table, KT Skylife said at a recent conference call that it plans to expand investment in new businesses. 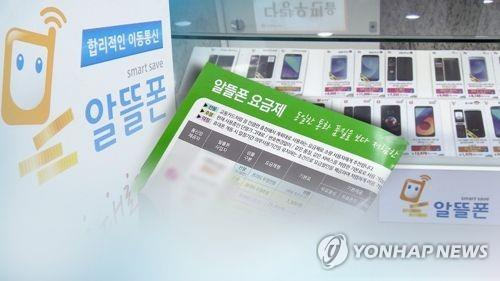 Industry observers said if KT Skylife gets a government approval to enter the MVNO market, it can have a noticeable impact since it has more than 3.2 million subscribers. The company already has experience selling budget mobile devices in a consignment sales deal with MVNO operators.

As a group, KT can also expand its presence in the mobile telecommunications industry if KT Skylife starts the MVNO business. The telecom giant already has a MVNO operator, KT M mobile Inc., under its wing.